She was born on March 22, 1922, in Boligee, Alabama. It was there that Clara Belle Young got her early education, receiving a diploma from Greene County Training School in 1941. Her next stop in pursuit of her education was Alabama A&M Col­lege. She attended from 1942 to 1946 and earned a B.S. degree in home economics.

After leaving college, Clara taught home economics at Greene County Training School. Her next two years were spent at Trinity High School in Athens, Alabama, both as a dietician and home economics teacher. Clara then left the South for a stint in New York, where she worked as a caterer and furthered her education at Cornell University.

As a high school teacher of home economics, Clara loved working with the youth. She found ful­fillment in helping them to develop to their highest potentials.

After much discussion and persuasion, Clara was convinced to come back to Alabama and join her sister, Juanita DeVaughn, in Extension work. As a result of that persuasion in 1954, Clara was appointed Home Demonstration Agent in Conecuh County.

Because of her influence, many young people of Greene and Conecuh Counties went on to college at A&M. It was natural for Clara to emphasize 4-H and Homemaker Club activities because she grew up in a home environment which emphasized the principles of extension work. They saw Clara Belle Young as a shining example of one who left home but returned to bring back the edu­cation and experiences gained elsewhere.

Though her life was short, it was inspiring. Clara never thought of herself. She was selfless and devoted to her profession, church, and community. Everyone liked her. It is with great respect and honor that the name Clara Belle Young is inscribed on the dedicatory plaque of the Extension Memorial Chapel. 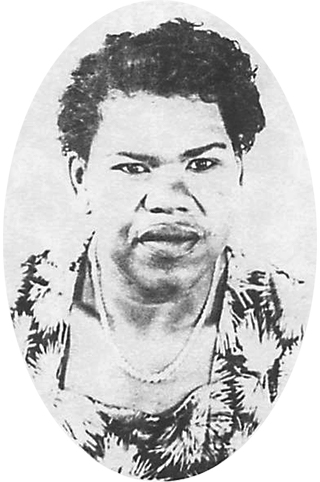