Clarence A. Woods, Jr., was born on a farm in Bibb County on April 14, 1920. He graduated from Sulligent High School in Sulligent, Alabama, in 1938 and then enrolled in Florence State Teachers College for 2 years prior to joining the Army. He finished college at Auburn University in 1947 with a Bachelors’s degree in Agricultural Science.

His active military service included five years in World War II and two years in the Korean War. He served forty-one years in the Alabama National Guard and the U.S. Army Reserves.

Mr. Woods began his career as an Assistant County Agent on December 8, 1947, in Covington County and worked there until he took military leave in December of 1950. After service in the Korean conflict, he returned to Covington County for three years before transferring to Russell County as County Agricultural Agent. He became County Extension Coordinator on July 1, 1965. In 1977, he retired after serving ACES for 28 years and later moved to Auburn, where he and his wife Margaret lived until his death in 2002.

His primary responsibility in Russell County was the agriculture programs and he worked closely with the 4-H Clubs, the beef shows, Dairy shows, and 4-H judging teams. His entire staff at the Russell County Extension office worked tirelessly with the Chattahoochee Valley Fair committees to make sure Extension was well represented. He worked closely with all the farm organizations such as the Cattlemen’s Association, the Russell County Farmers Federation, the FSA, SCS, and NRCS farm programs, and many others. He made sure that if he didn’t have the answers to the questions asked by the farmers, he would find that answer. He found that he could rely on the Extension specialists in Auburn.

C. A. Woods was a very honorable, well-respected, and hard-working individual. He was a very family-oriented person who was devoted to his wife Margaret, his children and grandchildren, as well as the families in the community. A coworker remarked how considerate he was of the families of the Extension agents on his staff. He enjoyed his work as an extension agent and considered his profession a very rewarding one.

Mr. Woods was active in many community, church, and civic activities. He was a thirty-eight-year member and past president of the Phenix City Rotary Club; a member and deacon of the Phenix City First Baptist Church since 1955; and a founding member of the Russell County Historical Society.

Mr. Woods died on December 14, 2002. He was survived by his wife, Margaret, and two sons, Dr. Thomas Woods and Dr. John Benjamin Woods.

In recognition of his many contributions, the name Clarence A. Woods, Jr. is inscribed on the dedicatory plaque of the Extension Memorial Chapel. 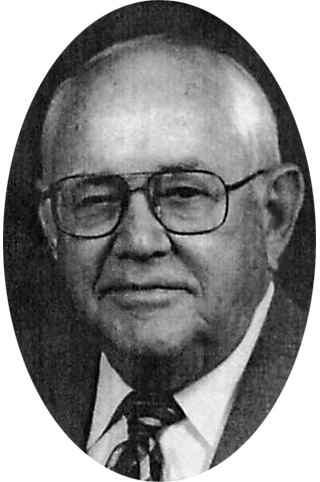