In the mid-1950s, Clarence McDaniel was hired by Extension at Auburn University as a county agent in Limestone County. Wearing many program hats, his delight was working with the 4-H program. In the early years, he established 4-H clubs in many church schools.

Mr. Mac, as he was called, eventually organized 4-H clubs in all of Limestone County’s schools that educated black students. His work covered many activities including animal science, forestry, agronomy, camping, competitive activities, and much more.

Although it could be said that Mr. Mac touched the lives of many children growing up in Limestone County, what’s even more remarkable is he touched the lives of every black child of 4-H age during his county agent years while serving Limestone County. He harnessed the synergy of the families to promote and conduct his activities. Much of the funding for 4-H activities were donated by families with some local business sponsorship.

McDaniel was a visionary and foresaw a change in technology on the farm. Many younger family members were inheriting farms and selling them. McDaniel convinced his 4-H’ers to keep and work the land. He wanted them to be prepared for what he knew would be a lucrative farming career. With an extensive knowledge of agronomy, McDaniel worked with 4-H’ers to produce better yields by applying his management practices on corn and cotton plots. These increased yields had such an impression on the parents that they began utilizing his methods on their farms. Today, one of Mr. Mac’s 4-H’ers owns one of the largest farming operations in north Alabama, where the family farms thousands of acres.

Later in his career, McDaniel was appointed district director for the Community Resource Development program. He is a charter member of the Alabama Cooperative Extension Service Employees Association and has numerous awards. After a long and productive career of approximately 35 years, McDaniel retired and continues to volunteer with 4-H. 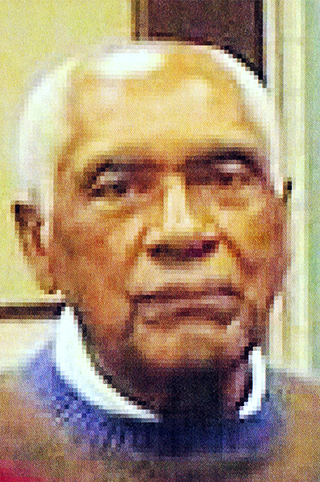