Clark Rudder was born in Stevenson, Alabama, on March 9, 1912. He graduated from Stevenson High School, where he captained his football team to victory over arch-rival Scottsboro his senior year. His leadership on the football team helped prepare him for his role working with young people through the Extension 4-H program.

Clark earned his B.S. degree from Auburn University in 1934. He chose to bypass the commencement exercises and go directly to work as an assistant county agent in Russell County. His diploma was mailed to him.

In 1936, Mr. Rudder came to Houston County as an assistant under the old AAA program. In 1938, he became the first Houston County agent to serve as assistant county agent in charge of boys’ 4-H club work, a position which he held until April 1942, at which time he entered the armed forces and served in the Pacific Theater. He was discharged with the rank of Major and in 1946 resumed his position in Houston County.

Clark Rudder was a good 4-H leader. His high moral character greatly influenced the young people he worked with. Having won their respect, Mr. Rudder was able to get the young boys to work toward lofty goals. His most outstanding achievements were in the area of beef production. Houston County 4-H boys often took top prizes and went on to become highly successful farmers and businessmen.

In all, Clark Rudder worked for eighteen years with Extension programs. In 1952, he resigned to take the job as Livestock Service Director with Wilson and Company. Later, he accepted the position of Livestock Buyer for Sunnyland Packing Company, from which he retired in 1979.

His lasting achievements include the organizing of Houston County’s Cattlemen’s Association for which he served as its first treasurer and later as president. Mr. Rudder was also active in the organization of the Houston County Farm Bureau, serving as director and as president in 1963. He was one of the active orga­nizers of the Tri-State Fat Stock Show, which is still held each year in Dothan.

In recognition of his contributions to Alabama, the name Clark Rudder is inscribed on the dedicatory plaque of the Extension Memorial Chapel. 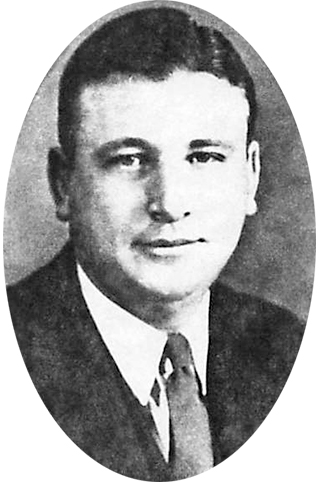