He was born to the land of Colbert County on January 6, 1901. His hometown was Riverton, Alabama. Claude N. Buchanan loved and served the land and its people all his life.

After graduating from high school in Huntsville, he earned his B.S. degree in agriculture from Auburn. With his educational background and outgoing personality, Claude set about helping people adjust to the changes brought by new technology as well as government projects.

Claude’s employment with the Extension Service occurred for a short while in the 1930s when he was assistant county agent with John Yarbrough in his home county of Colbert. After his farm there was flooded by Pickwick Dam, he bought a farm near Huntsville and worked a short time as an assistant agent in Madison County. The bulk of Claude’s working years were spent assisting local farmers through various TVA (Tennessee Valley Authority) projects and programs. He was instrumental in helping those whose land was flooded by the Pickwick Dam.

He met people easily and always remembered their names. As he worked with rural families, advising them how to adjust to the drastic changes in their lives, his friendly manner often per­suaded them to cooperate and join the movement toward high tech.

During his years with TVA, Claude Buchanan always supported and kept abreast of Extension Ser­vice recommendations. He was active in developing the “one variety cotton” program in his community and for years was president of the “Lily Flagg One Variety Cotton Community,” which won a state award. He also worked with “Test Demonstration Farms,” the “improved pas­tures” programs, and other Extension and TVA agricultural programs.

In addition to his job, Claude Buchanan devoted much time to his family and to civic affairs. It is altogether fitting to honor the man and his life’s work by inscribing the name Claude N. Buchanan on the dedicatory plaque of the Extension Memorial Chapel. 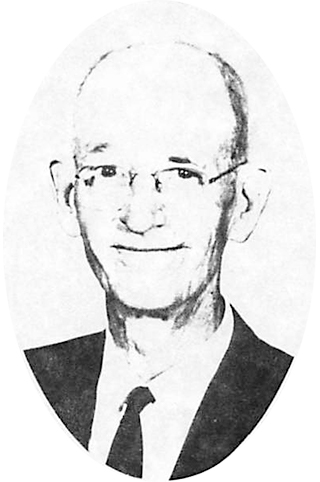