Mrs. Claudia W. Meadows grew up in rural Henry County. She learned the value of hard work and dedication. Her favorite activity was 4-H Club. She served as secretary and president of the local club. She participated in and won many school, district, and state competitions.

One of her most memorable experiences was attending the National 4-H Club Congress in Chicago, IL. There she met students from all over the U.S.A. This was an experience she felt honored and privileged to attend. She loved this experience so much that she kept memories from the trip in a keepsake box. These memories included daily letters to her daddy and a beaded purse that held a theatre stub and a handkerchief.

She graduated from Houston County High School in 1967. She attended Auburn University where she received a B.S. in Science in 1970. She also received a Master’s in Counseling from Troy University in 1980.

Meadows began her career in 1971 as an Associate County 4-H Agent in Houston County. She facilitated educational programs of basic childcare, sewing, food, and healthy life choices. Her goal was to provide the most current, researched-based information to the community.

Meadows had a well-known face in the community. Her weekly column, “4-H and Todays Home” was published in three local newspapers. She also appeared on two local morning programs on WTVY promoting an exciting event and celebrating youth involved in 4-H.

She was the “4-H Lady” that always had a pile of kids in the car. There would be posters and dishes packed in the trunk. You could hear the clink and clank of dishes in the back. The “4-H Lady” would have a bright smile on her face, loving every minute. Her 4-Hers and 4-H Clubs were her heart.

She was a member of the National Extension Association of Family and Consumer Science (NEAFCS) and Women Involved in Farm Economics (WIFE). She was recognized in 1982 as the City of Ashford’s Woman of the Year, sponsored by Ashford Merchants Association, honoring citizens’ contributions to the community through civic, church, and social activities.

She was married to Ronald Kipling Meadows and had two children, Robin and Tiffany. She retired from ACES in 2003. Mrs. Claudia W. Meadows never met a stranger. She impacted many youth and adults in her career.

The Alpha Pi Chapter of Epsilon Sigma Phi honors and remembers Mrs. Claudia W. Meadows by placing her name on the dedicatory plaque of the Memorial Chapel. 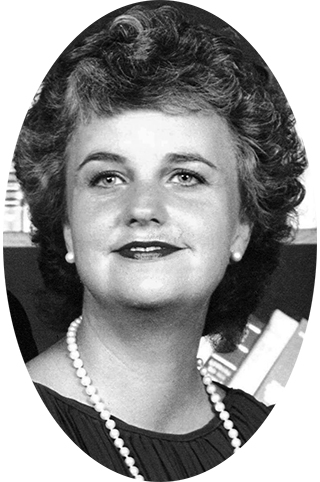