Ms. Cleo S. Walker began her Extension career as a clothing specialist with the Tuskegee Extension Service based from Tuskegee University.

She received her Masters’ degree from Tuskegee University in 1954, with her thesis topic being clothing construction for girls enrolled in high school home economics.

In 1973, Walker was promoted to a District Agent position. Although her major area of training was clothing, she was promoted to supervise employees in all areas of family programming, including the Expanded Food and Nutrition Education Program (EFNEP). In her supervisory position, Walker was noted for ensuring the employment and training of African Americans.

Ms. Walker was a very dedicated Extension employee. When she was District Agent, she stressed professionalism with all of her county agents. Not only did she talk about it, but she also LIVED it (professionalism). Besides just expecting good job performance from her employees, she wanted to mentor and help every agent she could to reach their potential. She immediately became one of the group leaders on several committees because of her work ethic and determination to make ACES the best organization.

Walker passed away in 2016 at the age of 101. She had lived in Tuskegee, but moved to Lithonia, Georgia following her retirement. She will be remembered as a true professional dedicating her life to helping others improve their own lives.

The Alpha Pi Chapter of Epsilon Sigma Phi honors and remembers Ms. Cleo S. Walker by placing her name on the dedicatory plaque of the Memorial Chapel. 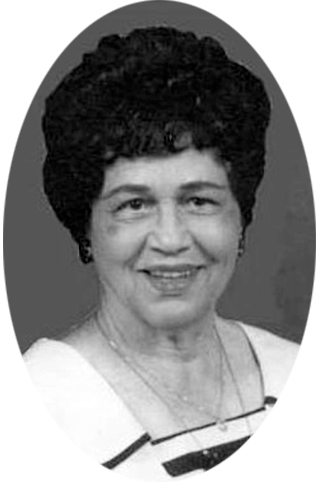