C. U. Storey was one of the first district agents for community resource development to serve in Alabama. His background and responsibilities allowed him to plan, implement, and evaluate community resource development programs in the twenty-three county area of District Two. Thorough, yet quiet and unassuming, he is fondly remembered by the agents and his co-workers for the sensitive, competent manner in which he served.

A native of Smiths, Storey finished high school in 1938 as salutatorian and class president. Active in both 4-H and FFA work, he served 3 years as president of each organization. He entered Auburn Uni­versity in the fall of 1938 and completed his B.S. degree in 1942 with a major in agronomy and soils. After college graduation, he was called to active duty in the U.S. Air Force, serving as a gunnery instructor and engineer. In 1963 he received his master’s of agriculture in Extension methods from the University of Florida.

Storey’s career began as the Veteran’s Vocational Agriculture teacher in Wedowee but soon changed to Extension Assistant County Agent for 4-H and livestock marketing. In 1954, he transferred to the Flor­ida Extension Service to do intensive farm and home development work in northwest Florida. Other­wise, during his early Extension career, he worked with beef and dairy cattle, swine broilers, cotton, corn, pasture, and forage crops, and production and marketing of fruit and vegetable crops.

Mr. Storey was an ordained Baptist deacon and member of Lakeview Baptist Church in Auburn. He was also a member and officer of the Kiwanis Association, Epsilon Sigma Phi National Extension Fraternity, and the Alabama County Agents Association.

C. U. Storey’s death occurred on September 8, 1994. He is survived by his beloved wife, the former Lila Jean Cole of Hazel Green, Alabama, whom he had married in 1946, and their children Ron, David, Gary, and Susan, and six grandchildren.

C. U. Storey was a true Extension professional. It is an honor to place his name on the dedicatory plaque of the Extension Memorial Chapel. 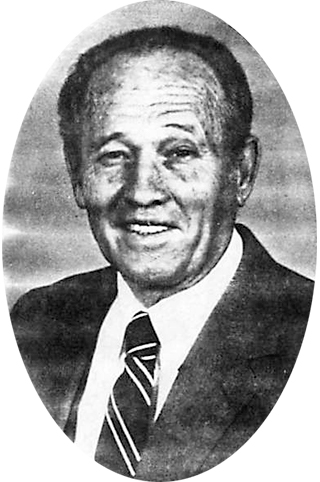