Clinton Harold Johns was born on April 5, 1914, in Conecuh County and graduated from high school in Evergreen. After receiving a B.S. degree in agricultural education from Auburn in 1937, Mr. Johns began his county Extension work as the Assistant County Agent in Barbour County, assisting the county agent with all phases of the agricultural program and working principally with 4-H club boys. Seven years later, he was promoted to Cleburne County and then on April 1, 1948, began his 28-year career as County Agent in Jefferson County.

Clint Johns was totally committed to the people of Jefferson County. Those who worked with him understood his complete devotion to his work as a county agent and to the Extension philosophy of helping others. While they always knew his position on issues because of his plain-spoken nature, they knew of his support for them. Because of his deep and unswerving commitment to county Extension work, Mr. Johns declined well-deserved opportunities of leadership beyond county boundaries.

While in Jefferson County, Johns organized the Jefferson County Farm Bureau; was one of the organizers of the Birmingham Agricultural Club, the Dairy Council of Greater Birmingham, and such other county farm organizations as the Beef Cattlemen’s Association, the Dairy Producers Association, and the County Dairy Herd Improvement Association. The building of Birming­ham’s vast Farmers’ Market and Food Terminal is a result of efforts begun by him in 1949.

Clinton Johns received many honors and awards in his lifetime. One of which he was particularly proud of was bestowed on him by the Jefferson County Commission in 1976. Upon his retirement as county Extension chairman, the Commission named the county’s Cooperative Extension audito­rium the Clinton H. Johns Auditorium.

Mr. Johns’ commitment to serving Jefferson County and its people extended beyond his duties with the Extension Service. He was a 37-year member of the local Kiwanis Club, holding many leadership roles for that organization. He also was a member of the Trinity United Methodist Church and served as a member of the official board of the church for more than twenty years.

Mr. Johns died on February 8, 1994. He was survived by his wife Elvis, to whom he had been married 56 years, and their three daughters: Rebecca Crenshaw, Sally Flynn, and Nancy Ford. To his many friends and family, memories of Clint Johns will last forever.

In appreciation for his devoted service, the name of Clinton H. Johns is inscribed on the dedica­tory plaque of the Extension Memorial Chapel. 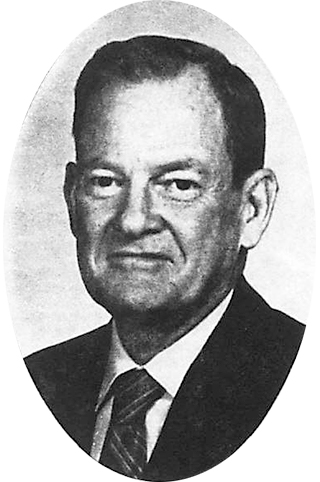