You must be a friend to have one. It is a familiar phrase to us, but it was a testimonial to Clyde Peck, who had friends everywhere she went. It has been said that she loved people better than anyone else could. And, as a result, was one of the most likable people anywhere. This is quite a reputation.

She was born Jessye Clyde Dykes, daughter of Jesse and Mary Sanders Dykes, in Skipperville, a rural community near Ozark, Alabama. She received her early education there and then gradu­ated high school from Dale County High in Ozark, Alabama, as an all-A student, class president, and salutatorian. Her college studies were at Auburn University, where she graduated in 1942. Waiting on word of her appointment to the Alabama Cooperative Extension Service, she was a temporary science and history teacher in Ashford. Word came that she was hired by the Exten­sion Service, and in October 1942, she moved to DeKalb County as the new assistant home dem­onstration agent.

Her next assignment was in Jackson County from 1946 until her retirement in 1977. By then she had been promoted up to county home economics agent. It was there she met and married Major Peck. Theirs was a short marriage due to his early death in 1969, and there were no surviving chil­dren of the marriage. But this never swayed Clyde Peck from her outgoing and friendly ways. She continued to go out of her way to help people, her friends, her co-workers, her clientele. She was much admired for her good and even temperament and her effective work.

After retirement in 1977, she returned to rural Dale County to live close to her sisters, Mary Ruth Dykes King and Willie Mae Dykes Davis. She died there on March 20, 1983, after a brief illness. She will always be fondly remembered for her work as a home demonstration agent in DeKalb and Jackson counties. It is fitting that the name Clyde Dykes Peck be inscribed on the dedicatory plaque of the Extension Memorial Chapel. 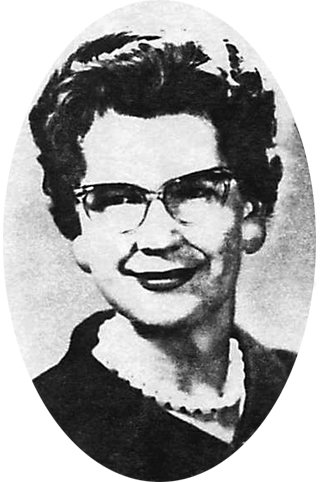