Cullen Barefield was born on the first of February 1923 in the Bertha community of Dale County, near the town of Skipperville. His parents, Leander and Ada Barefield lived on a farm that Cullen dearly loved. It just seemed natural to him that agriculture would become not only his choice of study when he attended Auburn University in the 1940s but also his career.

It wasn’t long after his graduation from high school that World War II began. Cullen enlisted in the U.S. Army in 1943 and was shipped to the European theatre, where he was a member of the 752nd Field Artillery Battalion under General George S. Patton. The unit was in combat through France, Belgium, Luxembourg, Germany, and Austria. Barefield was awarded four battle stars while serving in the military. He was honorably discharged on December 29, 1945.

Mr. Barefield attended and graduated from Auburn University in 1950 with a degree in Agricultural Science and began his 27-year career with the Alabama Cooperative Extension Service on January 22, 1951. His first three assignments were assistant county agent in Covington, Elmore, and Geneva counties. On the 16th of August 1955, he transferred to the county agent’s office in Abbeville, Henry County, and was there until his retirement on February 28, 1978.

Agricultural programs were the main responsibility for Mr. Barefield while in Henry County although he did work with community clubs and the 4-H program for several years. He enjoyed his work as an extension agent and considered his profession a very rewarding one. Respected by his co-workers as well as the people in Henry County, he is remembered as a very friendly and caring individual whose main desire as a County Agent was to help the people of Henry Cow1ty. He was always willing and able to give a helping hand when needed.

After his retirement, Mr. Barefield moved back to the Bertha community in 1996. After a long and courageous battle against cancer, he passed away on January 16, 2002. He is survived by his wife Geraldine and a son Stan.

In tribute to his life and work, the name Cullen L. Barefield is inscribed on the dedicatory plaque of the Extension Memorial Chapel. 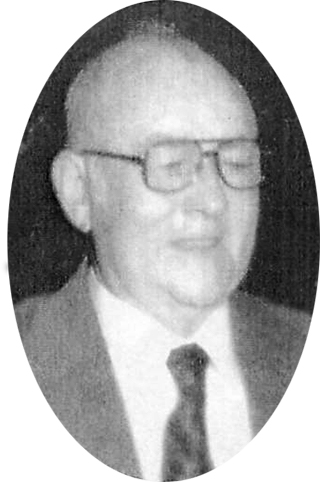