Mr. Curtis H. O’Daniel was employed by the Alabama Cooperative Extension System for 31 years. Once someone met Curtis, it was impossible to forget him.

After graduation from Tallassee High School in 1960, Curtis attended Auburn University where he played basketball until 1965. While there he met his future wife, Judy, on a blind date during their junior year.

He earned Bachelor’s and Master’s degrees at Auburn. Within the same month that he graduated, Curtis began his career with ACES in Marshall County, and later worked in Cherokee and Talladega counties before moving to DeKalb County as County Agent Coordinator in 1978.

During his years of service in DeKalb County, Curtis was instrumental in organizing a very successful annual Home and Garden Show, as well as many other programs to benefit the farmers and other residents. He was heavily involved in numerous programs including livestock programs for youth, Boar Test Station programs, feeder pig sales, and other projects. He also provided valuable assistance to the Farmers Market and the VFW County Fair. His leadership at the county fair activities included planning and supervising livestock shows, petting zoo, and 4-H activities, all of which contributed greatly to the success of the fair.

Curtis received many awards and honors throughout his career. He served as president, vice president, and secretary/ treasurer, as well as on other board positions for the Alabama Association of County Agriculture Agents and Specialists (AACAAS). Having played basketball at Auburn, he was naturally devoted to the university and the athletic teams and attended football and basketball games frequently.

His many church and community activities included membership and teaching at First Baptist Church in Fort Payne, president of local Auburn Club in DeKalb and Talladega counties, member of Kiwanis and Lions Club. He was selected as Father of the Year by the DeKalb County Cattlewomen’s Association in 1991. Even after being retired for almost 25 years, he was still remembered and loved by those who knew him during his career.

Curtis and Judy O’Daniel were married for 52 years. Curtis was a loving husband, father, grandfather, and great grandfather to his wife, Judy, their three children Claire Anne, Curtis Harold, and Christopher Calloway, and to grandson Trey, and great-granddaughter Maggie Mae.

The Alpha Pi Chapter of Epsilon Sigma Phi honors and remembers Mr. Curtis H. O’Daniel by placing his name on the dedicatory plaque of the Memorial Chapel. 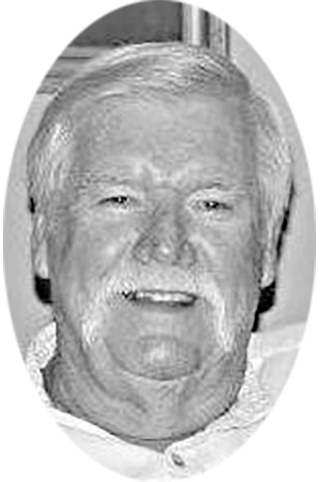