For twenty-five years, D.C. Poe served the people of Alabama. One of his favorite areas of work was with youth in the 4-H program.

Born Dee Cee Poe, his birthdate is February 20, 1923. He was born in Vina, Alabama (Franklin County), to Will and Minnie Turner Poe.

D.C. grew up on a farm and graduated from Phillips High School in Bear Creek, Alabama, in 1943. He served in the U.S. Army Air Corps as a Corporal for a year and a half.

Mr. Poe attended and received a B.S. Degree in Agricultural Education in 1952 from Auburn University. He taught Vocational Agriculture for four years — three of which were in Oconee County at Salem High School in Salem, South Carolina, and one year in Morgan County at Falkville High School in Falkville, Alabama.

Mr. Poe’s career as an Extension agent with Alabama Cooperative Extension Service began in 1956 when he was appointed Assistant County Agent in Geneva County. In 1967, he transferred to DeKalb County as Extension Farm Agent and remained there until he retired. During his tenure, he worked with the 4-H program as well as with the adult agriculture programs. Due to a disability, he retired from Extension in 1980.

A member of the First Baptist Church in Ft. Payne, he served as a deacon, brotherhood chairman, and various other offices. D.C. also was a Gideon.

In tribute and honor to this dedicated Extension worker, the name D.C. Poe is inscribed on the dedicatory plaque of the Extension Memorial Chapel. 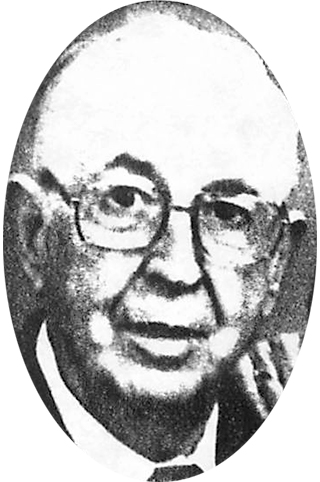