He was born Dalton Riggs Harbor on October 3, 1908, in Detroit, Alabama. He grew up and earned his high school diploma from SSAS in Hamilton, Alabama, in 1927. His next stop was Auburn University, where he received his B.S. degree in 1931.

Not only did he love to learn, but he also loved to share his knowledge with people, especially students. Upon graduation from Auburn, D. R. Harbor taught vocational agriculture in Etowah County for three and a half years from 1931 to 1934. Most of the next year he spent working for the Tennes­see Valley Authority in its terracing program.

It was in November of 1935 that Mr. Harbor became part of the Alabama Extension family. He had found his calling and remained with Extension until his sudden death at age 48.

During his tenure as a county agent, D. R. Harbor was known as a man of splendid character with zeal and energy for sound and effective Extension work. He considered farm people to be ‘his’ people. They were to be nurtured and loved.

After two years as assistant county agent in charge of 4-H club work in DeKalb County, Mr. Har­bor shared responsibilities as a 4-H agent in Dekalb and Cherokee in 1937 and 1938. In 1938, he was promoted to county agent for Marshall County. Six years later, he became extension agrono­mist for the state and moved to Auburn.

When the farm and home development program was launched, he was assigned to it as state leader. In this, as in all other capacities, his work carried an excellent rating for seriousness, for efficiency, for effectiveness, and for devotion to duty.

His sudden death was a shock to Extension workers throughout Alabama. It is fitting now to honor such a devoted worker. His efforts and accomplishments are recognized by inscribing the name D. R. Harbor on the dedicatory plaque of the Extension Memorial Chapel. 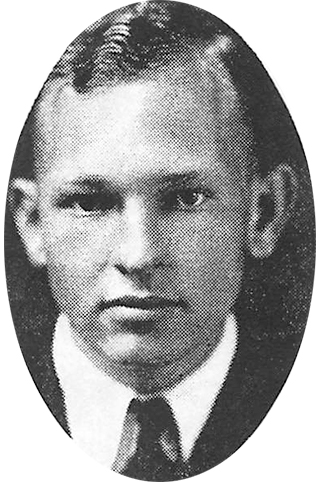