Dan Mims is known for his friendliness, courtesy, willingness to help, and consideration of clientele and coworkers. Born in north Autauga County, Mr. Dan (as he is now affectionately called) attended Billingsley Highway School and served in the U.S. Army for three years before returning home to enroll in Auburn University. Mims’ entire career as a county agent was spent in Chilton County.

Mims organized and conducted 4-H clubs across Chilton County. He focused on the areas of home and commercial vegetable production, fruit production, feeder pig sales, general aquaculture, and home ground improvements. His work with vegetable and fruit producers, homeowners with lawn and garden problems, and community leaders gained him much respect from his community and coworkers.

During his tenure with ACES, he participated as a member and officer of the Clanton Lions Club, Chilton County Peach Festival, Alabama Association of County Agents, and the NARFE Association. He assisted with the founding of the county peach festival and was involved with East/West baseball leagues and other community events. He also organized the Chiltautauga Watermelon Association and helped develop the multicounty Feeder Pig Association.

Since his retirement, he has worked with the local radio station as a farm and home news reporter; and he has raised funds for 4-H programs from two local Lions Clubs, Woodmen of the World, American Legion, and Kiwanis Clubs. 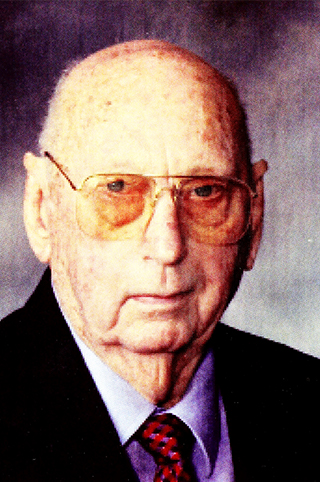