Daniel Jones is remembered as a committed Extension professional, coworker, and friend. He was born on July 12, 1959, in Eufaula, Alabama. He graduated from Rebecca Comer High School in Eufaula. He received a B.S. degree from Tuskegee University and a Masters in Education from Mississippi State University.

Jones began his Extension career as an assistant county agent in Bibb County in 1982 and then moved to Wilcox County. He increased the enrollment of senior 4-H members by more than 50 percent. He enrolled more than 400 members in 16 in-school 4-H Clubs. He also worked with the Big Brother/Big Sister Organization in Camden.

Andre P. Saulsberry served as president of the 4-H Club at Tait’s Chapel Elementary School. He credits Jones with the life skills he learned in 4-H programs. As he graduated from the University of Alabama with a doctorate of education degree, he phoned Jones. “I explained to him that his service impacted our lives in the rural school. It was he who taught me to speak with confidence and instilled in me that I was just as good as the next person,” says Saulsberry. “Therefore, I say, thank you, Mr. Jones, for showing us the horizon and encouraging us to explore it. He was a true role model for me and other guys in that community.”

Jones transferred to Multi-County Agent responsibilities in 1991 to serve both Perry and Bibb counties. In 1993, he was promoted to County Agent Coordinator in Perry County. Daniel Jones served the clientele of West Alabama for more than 24 years.

Daniel Jones died on July 10, 2006, at the young age of 47. He was survived by his wife, Helen Herndon-Jones; his children, Kara Danela Jones and Daniel Jalen Jones; his mother Pauline Scott-Jones; his nine sisters; and his six brothers.

As a lasting tribute for his service to the clientele of West Alabama, the name of Daniel Jones is inscribed on the dedicatory plaque of the Extension Memorial Chapel. 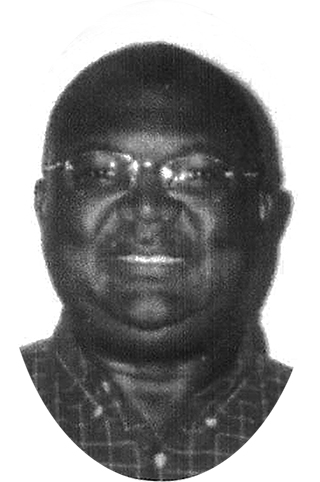