David Baxter Carpenter was born to Melvin and Martha Carpenter in Barbour County on July 1, 1951. He attended elementary and high school in Clio. After graduation from Barbour County High School in 1968, David attended George Wallace Junior College in Napier Field and then transferred to Auburn University, where he received a Bachelor of Science Degree in Animal Science in 1973.

While in Junior College, David drove the school bus from Barbour County to the Junior College and also played in a band. David was very musically talented but never shared that with very many people. He also tried his hand at growing and selling vegetables, which was when he probably decided that he would rather help people with their horticultural endeavors rather than actually do it himself!

David joined the Alabama National Guard in 1970 and served his country until 1992. While he was in the Guard, his job responsibilities included planning, conducting, and counseling troops, among many other duties. By the time he retired from the Guard, he had obtained the rank of Master Sergeant.

After graduation from Auburn, David managed a swine farm in Georgia and was an agent for Farm Bureau Insurance before his appointment to the Alabama Cooperative Extension Service as an Assistant County Agent for Geneva County on October 7, 1975. In 1977, David transferred to Pike County, where he continued to serve clientele in the areas of horticulture, natural resources, animal and dairy science, agronomy, and 4-H until his retirement in December of 2003.

David retired to join another segment of society that also had a service aspect to it. He was elected to office as a County Commissioner. David thought that his time spent as a county commissioner was almost like his time as a young county agent — out visiting on farms and with “the people.” He was definitely a commissioner to serve all areas of the county — not just a commissioner in name only. He recently was posthumously awarded the Golden Deeds Award by the Troy Exchange Club.

David’s death on January 17, 2008, left a vast void in the Extension and Pike County families as well as his own family. David and Debby were married for 17 years. David also left two children to cherish his memory, Debbie and Dave Woest, and Dave Carpenter and his wife, Amanda. There are four grandchildren that were truly the joys of his life, Miles and Max Woest and David and Eli Carpenter. 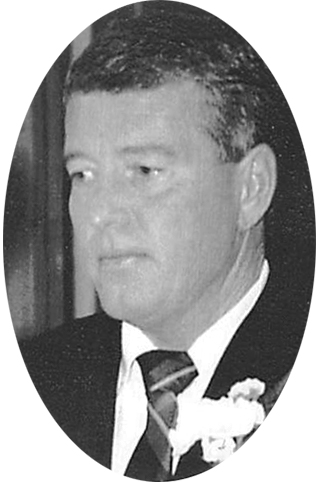