Davis and Margery Henry have been involved in 4-H work for more than 65 years. Both grew up on dairy farms near each other in the Pintlala community in Montgomery County. They participated in 4-H as children, served as adult leaders and volunteers for local clubs, supported 4-H by volunteering their time, farm, and farm animals, and contributed financially by sponsoring youth programs and awards.

Margery served as president, secretary, treasurer, reporter, and participated in arts and crafts. She won ribbons and received an honorable mention in the Sears Roebuck garden contest. She was a 4-H camp junior counselor. Davis also held several club offices, showed steers, and participated in a chicken project. He won grand champion in dairy and was on the 4-H judging team. He participated in the first livestock show in Garrett Coliseum. One of his cows gave birth to the first calf ever born inside the coliseum.

As volunteer leaders, they hosted livestock and dairy judging contests on their farm, sponsored grooming and showmanship clinics for Montgomery County, and encouraged hundreds of youth in their livestock projects. Lora Gail Henry Bagents says, “My parents encouraged me to be involved in 4-H. Whether I won or lost, hugs were given, tears sometimes wiped, but the memories made during my 4-H years will always be treasured.

Montgomery County Extension recognized the Henrys with the 4-H Length of Service Award to celebrate the 2009 Centennial year. 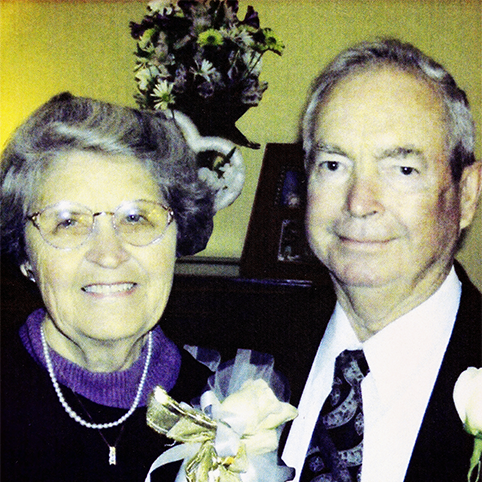