Dean Parris was born in Arley, Alabama, on February 20, 1936. He graduated from Addison High School and then attended Auburn, where he earned a B.S degree in agricultural education in 1959.

As a youngster, Dean was an active member of 4-H and FFA for many years. Influenced by the many positive experiences in these two programs, he chose a career of service to rural Alabama. In 1959, Dean Parris joined Extension as Assistant County Agent in Bullock County. From the outset, he approached his 4-H and adult work with unbounded zeal and enthusiasm.

His satisfaction came in helping others. Dean never sought recognition, but honors were always coming his way. In 1964, he was recognized as one of the state’s top 4-H agents by the Alabama Association of County Agriculture Agents. Ten years later, the National Agents’ Association bestowed the Distinguished Service Award on Mr. Parris.

Dean Parris spent his last years fighting to survive a disabling muscle disease. Through the battle, his courage was an inspiration to all who knew him. He was described as having an outgoing per­sonality that won many friends and influenced people. These characteristics were part of the rea­son that Dean Parris was “one of the most effective agents ever to work for Extension.”

The things people most remember about Dean Parris are his courage, determination, enthusi­asm, compassion for his fellow man, and uncompromising love for and dedication to his family. He smiled, he laughed, he cared, and he served.

In tribute to the man and his life’s work, the name Dean W. Parris is inscribed on the dedicatory plaque of the Extension Memorial Chapel. 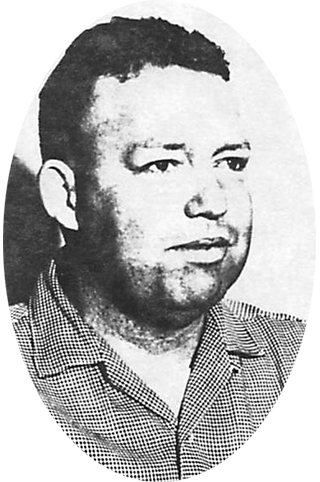