Dewitt Ocie Estes was born on June 4, 1914, in Chambers County. The family home burned when Dewitt was quite young, making things very hard on the children. He and his brother Robert had to get their high school diplomas at night school, as they were forced to farm and work in the cotton mills during daylight hours. He graduated from Shawmut High School in Chambers County and worked as a farmer for several years before being called to active military service in 1942. He served with distinction in the 61st Squadron 314th Troop Carrier Group of the Army Air Forces and fought in the European Theater for two years. He was honorably discharged at the war’s end and came home a decorated veteran.

After leaving the military service, Dewitt enrolled at Auburn, where he attended on the GI Bill and received a B.S. degree in agricultural science in 1949. Immediately thereafter, he began his career in Extension as an assistant county agent in Monroe County. In 1950, Dewitt traveled back to Missouri to marry Elizabeth Edwards, whom he had met during his military travels. The couple returned to Alabama, where Dewitt served in Sumter and Washington counties as assistant county agent before his promotion to county agent in Washington County in 1961. He retired as county agent coordinator for Washington County in 1979. Much of his time and effort was spent promoting 4-H camps for boys and girls. He knew that young people were the future leaders of Alabama and ought to have good training and experiences.

Dr. Michael Sprott, in his Director’s Letter to Extension staff, summed up the character of the man well when he wrote, “Many people spend a whole lifetime without knowing who or what they are. Dewitt Ocie Estes was not such a person. He knew exactly who he was, what he was, where he came from, and where he was going and he was proud of it all. He was particularly proud of and loved by his family with whom he shared a very close bond of affection and identity.”

Mr. Estes was a devout Christian and longtime member of the Baptist church. He also was an enthusiastic outdoorsman, a 32nd degree Mason, and a Shriner. In his service to his community and state, Dewitt Estes is remembered by all who knew him as “a kind, generous, and accommo­dating person who had none of the common vices.” As a lasting tribute to this man and his life’s work, the name of Dewitt O. Estes is inscribed on the dedicatory plaque of the Extension Memo­rial Chapel. 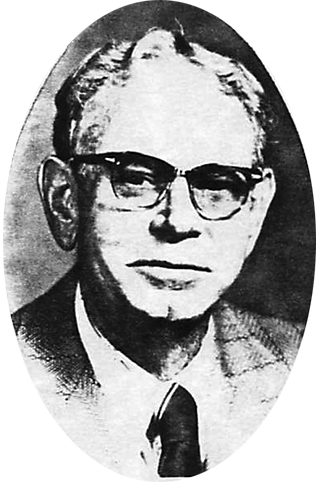