“As I grew up on a farm where cotton was our main money crop, I knew all the difficulties that farmers have in educating their children. However, my father grew livestock for sale because he was determined to educate his children. I wanted to do something to make home life better, give the county boy and girl an equal chance to that of the city boy and girl.” Those are the words of Dianna B. Williams, who never stopped working toward that lofty goal.

In 1911, Miss Dianna Bankson, a native of Cherokee County who had attended Dickson Normal and Peabody, started a teaching career in Etowah County. Her superintendent was Mr. Eugene Williams, whom she later wed in 1929. Early in 1912, Dianna was given the responsibility of orga­nizing Girls Tomato Clubs. She personally carried tomato plants throughout the county, secured the items necessary to can the tomatoes, and then led the drive to sell the home-canned goods to local merchants.

After the formal adoption of the Smith-Lever Act, Director L. N. Duncan appointed her Home Demonstration Agent for Etowah County – a position which she held until February 1947. She had the distinction of being the second-named home demonstration agent in Alabama.

“Miss Dianna’s” forte in the early ’20s was the Gadsden Curb Market. Through her good manage­ment, this market became the largest in Alabama. Her long and successful career included many necessary projects for the betterment of Etowah County. Many families were helped most through her organization of the 4-H girls’ clubs and the Homemakers Clubs. She taught the girls and women such important lessons as clothing, home management, foods and nutrition, dairying, poultry, child care and family life, and food preservation.

During her entire career, she was alert, progressive, and constructive. She rested as she worked, and she worked diligently, seemingly never tiring. To honor this great lady who dedicated her life to humankind, we inscribe the name of Dianna Bankson Williams on the dedicatory plaque of the Extension Memorial Chapel. 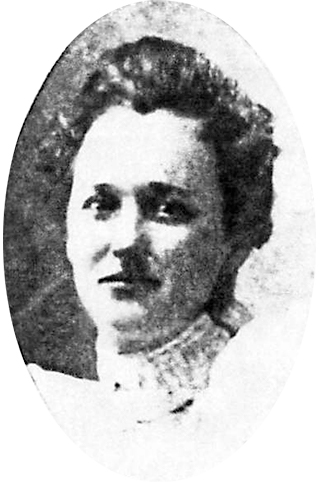