Dock S. Loyd could have been anything he wanted to be. He was bright, talented, and an overachiever. Alabama Cooperative Extension was blessed that he chose to become a county agricultural agent. Dock was well recognized by those who worked closely with him as being at the top end of the IQ scale. He had the ability to rapidly scan and retain information, allowing ready recall without the need for many references. He used his intelligence to great advantage for the people of Alabama.

A native of Monroe County, Dock received his early education and high school diploma from Frisco City High School. He attended and graduated from Auburn University in 1938 and then taught vocational agriculture at Walnut Grove until 1942 when he began work with Extension. By attending classes during the summer sessions, he received his master’s degree from Auburn in 1962.

Dock Loyd was a master planner and recognized as a leader among county agents. He served as president of both the Alabama chapter and the National chapter of the County Agents’ Associations. He was recognized often for his excellent writing ability. He wrote feature articles on a regular basis, often being printed in the Southern Democrat and specialty magazines with his articles on Blount County. He even played a part in writing up the history of the county. He also wrote a weekly column for the local newspaper for many years. Mr. Loyd’s writing showed a deep and genuine interest in the natural environment and its preservation.

Mr. Loyd retired from his position as county agent coordinator in February 1977. His retirement did not diminish his passion for nature and its preservation. He was instrumental in the development of Palisades Park in Oneonta where a museum of agricultural equipment bears his name.

He was an excellent photographer and used his talent to showcase his life-long love of nature. Mr. Loyd took thousands of photos, which he shared with hundreds of people during presentations lo civic and church groups, garden clubs, 4-H clubs, county agent conventions, and other groups. He would compose slide shows using inspirational music, including “How Great Thou Art,” “The Battle Hymn of the Republic,” and “America the Beautiful.” His work has appeared as illustrations for publications, including the Oneonta High School yearbook and the Oneonta phone directory.

Josephine, his wife of 62 years, survived him by only ten months, having died herself in September 2001. Daughter Mrs. Carolyn Stewart of Arrington, Tennessee, and son David Loyd of Snellville, Georgia, survive them.

To honor his service to the people of Alabama, the name of Dock S. Loyd is inscribed on the dedicatory plaque of the Extension Memorial Chapel. 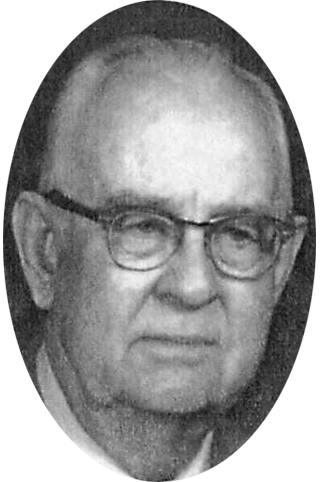