Donna Lofaso’s family and friends remember her as someone with a ready smile, a soft voice, and a gentle spirit with rarely a cross word for anyone.

Donna graduated from Terrebone High School in Houma, Louisiana, in 1972. In the following 25 years, Donna worked in New Orleans in payroll and office management. Upon moving to Auburn, Alabama, in 1997, Donna was employed first with East Alabama Medical Center and the City of Auburn, and then with Auburn University for almost 1O years.

Prior to her employment with the Alabama Cooperative Extension System (ACES), Donna was stationed at the Auburn University E. W. Shell Fisheries Unit for 8 years as Office Administration Assistant where, in 2002, she was the recipient of the Auburn University Spirit of Excellence Award. She transferred to the ACES campus office in February 2008 as Lead Administrative Assistant for Communications and Marketing. In the less than two years she was with ACES, she made a huge impact on the organization. Not only was her cheerful, efficient, can-do attitude evident in everything she did, but she always looked for more ways to be of service. She became an active member of ESPA, the Extension Support Professionals Association, and helped organize and provide in-service training via web conference on telephone etiquette for Extension professionals at all levels. Donna coordinated a massive project to renovate and reorganize the publications inventory area in Duncan Hall basement. Her money-saving ideas, such as printing the Extension two-year calendar in-house, saved Extension thousands of dollars.

Donna had a strong work ethic, but her family was her greatest pride and joy. Her face always glowed when she spoke of her husband of 37 years, her three children, and granddaughter.

A lifelong Roman Catholic, Donna served as a soloist vocal cantor all of her adult life and was a founding member of the St. Michael’s Chancel Choir in Auburn, where she was active for over 12 years. She was also a well-loved teacher of church catechism to children for many years.

Even during her untimely illness and death, Donna served as an example of grace and strength to her family, friends, and coworkers. She gave more than she received, and never asked for anything in return. Her name is inscribed on the dedicatory plaque of the Extension Memorial Chapel as a reminder of her constant love and devotion to others. 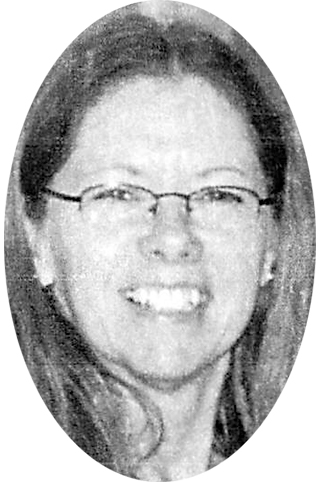