Donna Leigh Reynolds was born and raised in Montgomery, AL, and was a graduate of Sidney Lanier High School. Reynolds graduated from Troy University in 1986 with a Bachelor of Science in Journalism. As a TSU student, she was known for making hundreds of spirit signs. She provided signs for the Sound of the South Marching Band when they appeared on national TV in Atlanta, New Orleans, and Miami. She was the first female and the first student to be named an “honorary lifetime member” of the university band.

Reynolds shared her gift of song in church services and concerts in more than 38 states in the US and in parts of Canada. She sang at more than 600 weddings. Donna’s love of music expanded into working Christian concerts with His Voice Ministries. She graced many of the ACES Memorial Services with song.

She loved her college football and held season tickets to Auburn University and Troy University football. She attended as many games as possible.

Reynolds loved God and was very involved with her churches. First Baptist Opelika held a special place in her heart and made the biggest impact on her life. She was involved in the student ministry, served as a wedding coordinator, and loved Sunday School, the music ministry, and the adult choir.

Donna Reynolds came to Auburn in 1990 as an editor with the Alabama Cooperative Extension System. She retired in May 2019 after almost 30 years of service.

Prior to Auburn, she worked 13 years in University Relations at Troy State University and two years at the Alabama Baptist State Convention in Montgomery.

She is preceded in death by her parents, Carden and Helen Dees Reynolds, and her brother, Jerry Reynolds. She is survived by her sister, Candace White, and nieces, Angela Hollander and Tina Folsom, and nephew, J.J. White, and 11 great-nieces and nephews. She also leaves two special dogs, Gracie and Sassy.

The Alpha Pi Chapter of Epsilon Sigma Phi honors and remembers Donna Leigh Reynolds by placing her name on the dedicatory plaque of the Memorial Chapel. 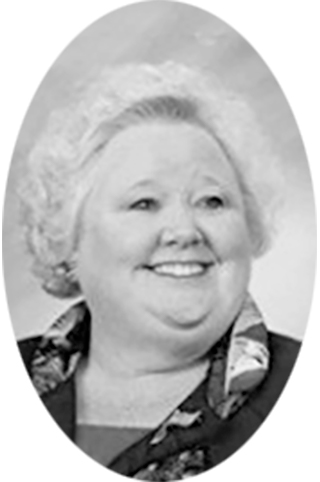