During its 75th anniversary celebration in 1986 of Alabama Extension Home Economics, Dorothy Overbey was recognized as one of the 75 women who had made the most impact on Alabama.

They cited her work as the State Specialist in Birmingham from (1949-1951), when her long­running home economics television program on WAPI-TV in Birmingham was influential in identifying consumer education. Her Friday Mid-Day program presented up-to-date facts on buying food. Dorothy would purchase the products at a grocery on the way to the show. There was no script to follow, but rather a knowledge of what is the best buy and why.

WAPI-TV program directors said this was one of Extension’s better efforts at reaching homemakers with the subject matter of broad interest. Mid-Day had consistently been their highest-rated program. They felt that as a consumer education specialist, Dorothy offered good information that people wanted but that was not readily available. She prepared well and fully illustrated the best food buys with products in hand. She was a person who didn’t wear out her welcome with TV viewers or with the studio crew.

Dorothy was born into a farm family in Franklin, Tennessee. She graduated from Franklin High School in 1938 and received her B.S. degree from the University of Tennessee in 1942. She taught home economics at Heflin High School in 1942 and 1943. Miss Overbey’s career with Extension began as a temporary employee in Birmingham in 1943. She became an Assistant Home Demonstration Agent in Fayette County in 1943 and moved to Randolph County in 1944. She was named as a state specialist in Birmingham in 1949. In 1951, she moved to Auburn as a Specialist in Consumer Education, where she worked until her retirement in 1977. Dorothy was a member of Epsilon Sigma Phi, the Extension fraternity, and maintained her membership in retirement.

She made her home in Auburn for 60 years before returning to Franklin, Tennessee, in 2000. In retirement, she enjoyed needlepoint, contact with Extension friends, and mentoring young Extension agents to do the best in a broad area of Consumer Education.

She touched the lives of many people, and to honor her accomplishments, the name of Dorothy B.Overbey is inscribed on the dedicatory plaque of the Extension Memorial Chapel. 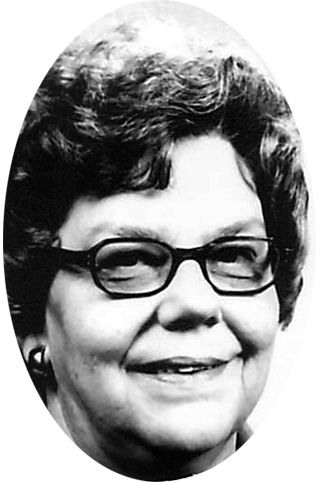