A man of vision, dreams, and dedication to youth, Cecil Mayfield* touched the lives of an estimated 1 million Alabama youth. Known as “Mr. 4-H,” Mayfield devoted 19 years to bringing the Alabama 4-H Center to reality.

Mayfield was instrumental in raising the first $1 million gift to 4-H, and he worked to ensure 4-H grew to offer programs benefiting both rural and urban children. Under his leadership, the Alabama 4-H program was regarded as among the strongest in the nation.

Mayfield began his career with Extension as an assistant county agent in Mobile and came to Auburn in 1961 as a 4-H specialist. He was promoted to state 4-H leader in 1970. When he retired in 1989 with 34 years of service, Mayfield continued to volunteer at the 4-H Center, and the Mayfield Recreation Building is named in his honor. 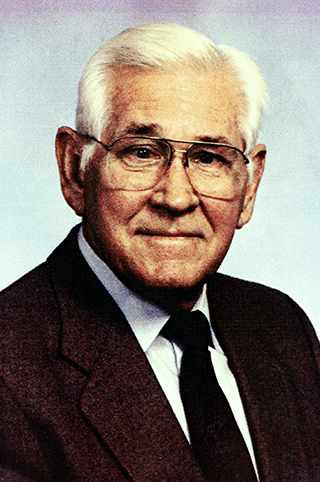