Dr. Virginia Caples had a great passion for education that led to a distinguished career as an administrator, professor, scholar, and mentor. She served as the 1890 Administrator for the Alabama Cooperative Extension System on the campus of Alabama A&M University.

In 1995, she had the distinction of being chosen by the Board of Trustees as the first female Interim President of AAMU in Normal, AL. She also held numerous leadership positions throughout her 4-year career including, Provost and Vice-President of Academic Affairs, Associate Dean, and Distinguished University Professor.

Dr. Caples’ leadership extended locally, regionally, and nationally in various organizations within the field of Family and Consumer Sciences. She served as the president and chair of the board of directors of the American Association of Family and Consumer Science (AAFCS). She was a sought-after speaker in the U.S.A. and internationally in Germany, Australia, Tanzania, Sudan, South Africa, St. Kitts, and Belize.

In 1984 she married local business leader, Hundley Batts, Sr. Together, they became the voice of African-Americans in the Tennessee Valley when they purchased WEUP Radio Station and the creation of Broadcast One, LLC.

Dr. Caples’ leadership and contributions have been recognized through numerous awards including the Distinguished Service Award of AAFCS and the Outstanding African-American in Agriculture and Science. She received the first annual Rosa Parks Women of Courage Award awarded by the Huntsville Madison County NAACP. One of her greatest honors came when AAMU established the Virginia Caples Lifelong Learning Institute (VCLLI) on campus. It is the first of its kind for any 1890 land-grant institution. It is a vibrant legacy that will enhance the quality of life for the senior population for years to come.

Dr. Virginia Caples is survived by her husband, Hundley Batts, Sr., her brother Eddie Caples, and many loving family members.

The Alpha Pi Chapter of Epsilon Sigma Phi honors and remembers Dr. Virginia Caples by placing her name on the dedicatory plaque of the Memorial Chapel. 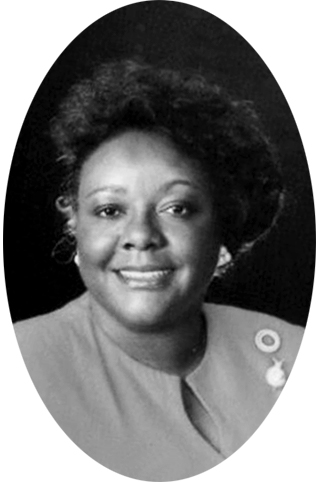