Dr. W. Gaines Smith retired as director of the Alabama Cooperative Extension System in 2011, marking 45 years of service. He is the only person to lead the organization and to have worked at every level. A native of Autauga County, he began his career in 1965 as an Extension Farm Agent in Jefferson County.

Upon graduation, Smith entered Auburn University where he earned a degree in Animal Science. He was an employee or student of Auburn University for his entire professional career while earning additional degrees in agricultural science and public administration. Employed first as Assistant Superintendent of the Lower Coastal Plains Research Station in Camden AL, then as Extension Farm Agent in Jefferson County, followed by serving as District Extension Agent for West Central and Southwest Alabama in Selma, followed by more than 20 years in Auburn in the central administration of the Alabama Cooperative Extension System.

Smith became a 4-H member in the 4th grade at Hicks Memorial School and maintained a strong belief in and commitment to 4-H throughout his lifetime, most recently serving on the board of the Alabama 4-H Club Foundation.

Among the honors Smith received are the Ruby Award, the highest national recognition for Extension Professionals from Epsilon Sigma Phi, Extension Fraternity; the naming of the environmental science center building at the Alabama 4-H Youth Development Center as the W. Gaines Smith Environmental Science Education Building; and induction into the Auburn University Agricultural Hall of Honor.

The Alpha Pi Chapter of Epsilon Sigma Phi honors and remembers Dr. W. Gaines Smith by placing his name on the dedicatory plaque of the ACES Memorial Chapel. 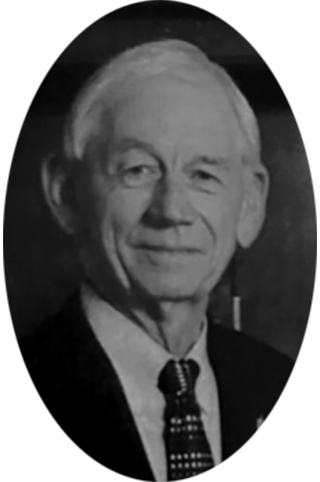