Say the word “Ham” in Alabama, and odds are that people will think beef, not pork. Such was the powerful personality and leadership of E. H. “Ham” Wilson, the man who skillfully crafted the Alabama Cattlemen’s Association into the largest of its kind in the nation. He served as executive vice president of that association for 34 years and for 36 years as executive presi­dent of the Southeastern Livestock Exposition.

Mr. Wilson, 72, died March 11 in Montgomery. While he became a legendary figure in Alabama agriculture, few knew that he began his career as an assistant county agent. Serving in that posi­tion in Tuscaloosa, Fayette, and Shelby counties immediately after his U.S. Army service in World War II was something he was proud of – and often cited in his remarks before various agri­cultural groups.

His accomplishments through the years were accompanied by universal respect and admiration. “Mr. Wilson didn’t just sport a white cowboy hat to shade his perpetually grinning eyes – he earned the ‘good guy’ image that goes with it,” noted The Montgomery Advertiser.

He was indeed a people person. His hearty handshakes, pats on the back, perpetual optimism, and encouragement made each acquaintance feel special. “One of Ham’s real strengths was that he knew people,” said Auburn University Provost Paul Parks. “He knew just about everyone in the state and he knew how to work with people.”

Mr. Wilson, a native of Greenville and a 1943 graduate of the then Alabama Polytechnic Institute, was Auburn through and through. He was an ardent advocate and supporter of the university and its agricultural programs throughout his lifetime. Today, the Ham Wilson Livestock Arena on campus stands a permanent monument to his support.

For eight years until shortly before his death, Mr. Wilson looked out for Auburn’s interest in the state legislature as the university’s executive director of governmental affairs. Mr. Wilson had a special place in his heart for youth, particularly those from rural areas. He actively supported 4-H programs (serving for many years on the Alabama 4-H Foundation Board of Directors), the Junior Cattlemen’s Association, and the Alabama Sheriffs Boys and Girls Ranches.

The Alabama Cooperative Extension Service is proud to claim E. H. “Ham” Wilson as one of its own and to honor his memory by inscribing his name on the dedicatory plaque of the Extension Memorial Chapel. 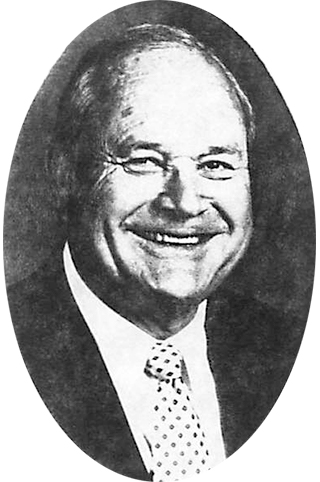