Earl Franklin Kennamer was a very special Extension worker and one of the Extension Service’s most colorful personalities. He was never at a loss for words or ways to get people’s attention, and his creativity was put to good use for the betterment of Extension many times.

Earl Franklin Kennamer was born August 8, 1918, in Wilton, Alabama, in Shelby County, and grew up in Selma. He graduated from Auburn in 1940 with a B.S. degree in agriculture and took a job as assistant edi­tor with Extension in June of that same year. Shortly thereafter, however, Uncle Sam called and Mr. Ken­namer found himself in the middle of World War II. He served with distinction in Europe and was discharged as a captain.

Immediately after the war, he served as fish and game supervisor of Bavaria and, because his name was Earl, the local citizens thought he was descended from nobility.

Mr. Kennamer became Extension’s fish and wildlife specialist in May 1948 and earned his Master’s degree in fish and wildlife from Auburn in 1952. He continued to write, and at one time served as fish and game editor for Progressive Farmer magazine. His communications skills made him famous in Alabama — whether it was his “Outdoors with Earl” newspaper articles, his magazine articles, television shows, or his ballad singing that became a part of his regular Extension radio shows.

In memorial services, this was said about Mr. Kennamer: “He was the quintessential teacher and communica­tor. He learned early on that he had to get the attention of his clientele before he could teach them. And he would go to great lengths to do that — whether it was a lead rewritten dozens of times for an article or some gimmick on a TV or radio show.”

Earl Kennamer was special. As long as Extension men and women gather, they will tell Earl Kennamer stories. They will laugh and they will remember. And then they will conclude, as they always have: He was one of the best specialists the Extension Service ever had.

Mr. Kennamer passed away on July 27, 1987, at the age of 69. Survivors included his wife, Rosalie, two children, Dr. James Earl Kennamer and Anna Marie Rush, and grandchildren Lee Franklin Kennamer, Lynn Elizabeth Kennamer, Elizabeth Marie Rush, and Anna Michelle Rush. As a lasting tribute to this man and his life’s work, the name of Earl Franklin Kennamer is inscribed on the dedicatory plaque of the Extension Memorial Chapel. 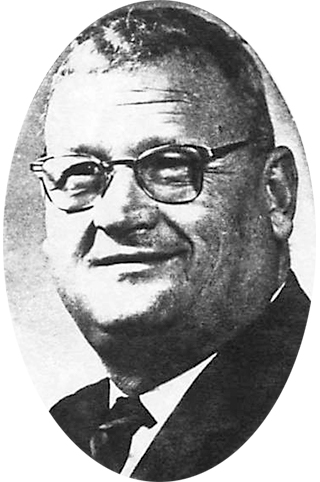