Ed Tunnell came to Baldwin County in January 1973 as an assistant county agent to work with 4-H. ln 1981, his responsibilities included agriculture and natural resource programs with an emphasis on horticulture. He became the county agent coordinator in 1984. Tunnell worked with 4-H agriculture programs throughout his career. He was always willing to work with the 4-H livestock programs and dairy judging programs. In the fall of each year, he was involved in the livestock programs and exhibits at the Baldwin County Fair. He enjoyed seeing the young people he had worked with throughout the year, participate in county, district, and state 4-H events.

Dawn Hopper, 4-H leader, said, “Willie Street, Mark Creamer, Chuck Penry, and myself, truly became his children through 4-H. We could identify every dairy from Baldwin County to Auburn because we judged there by appointment, or through a casual intentional opportunity. Many miles he drove us to practice and competitions that ultimately afforded us the privilege to represent Alabama at nationals in Madison, Wisconsin in 1980-81. What I know now is that l wouldn’t be in the career of teaching Family and Consumer Science without his commitment and leadership. He believed in us and our ability to communicate and evaluate what we saw in those animals we judged.

“The best of both worlds is having my three sons, nieces, and cousins on the Alabama 4-H judging teams and having the honor to work alongside Mr. Ed as a volunteer 4-H parent. Mr. Ed is a genuine man of integrity. He is a man I will forever be thankful to God for, by allowing my life to be intertwined with his through 4-H. Thank you, Mr. Ed Tunnell and your late wife, Mrs. Adelle, for many enjoyable memories. I hope my life is a testimony of that wonderful 4-H pledge you so eloquently taught us and that God will continue to bless your life as much as you have been a blessing to so many.” 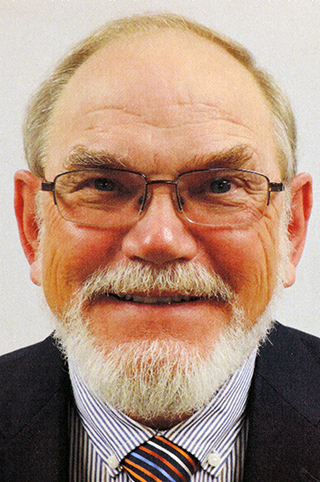