Cannon taught vocational agriculture at Tennessee Valley High School in Hillsboro. In 1965, he was employed as a county extension agent in Morgan County where he worked until retirement in 1986.
Cannon was director of the 4-H Clubs in the Decatur elementary schools at the beginning of his career. He had a 4-H community garden, where he taught about growing vegetables and harvesting at the right times.

Cannon served as the extension agent for small farm enterprises in the latter part of his career. He worked with families to grow bell peppers and pimento peppers. Contracts were signed with major producers to bring the point of purchase to the small farmers.

“We always looked forward to Mr. Cannon coming to our house,” stated one of the families. “We knew that he would help us keep our farm in the best condition and help us sell our produce for top price.”

After his retirement, he continued to be part of the Decatur community. He received the C. Leon Sheffield Excellence in Education Award for Exhibiting Dedication to Ensure Educational Growth in 2003. This is given to a community leader that continues to mentor youth to be their best.

Cannon was best known for spreading his green thumb all over Decatur. He was busy doing what he loved best, making Decatur beautiful with his green thumb.

Eddie Eugene Cannon died on September 5, 2008. He was survived by his wife, Vernell, and two sons, Kenneth and Larry.

As a lasting tribute for his work with youth and the community, the name of Eddie Eugene Cannon is inscribed on the dedicatory plaque of the Extension Memorial Chapel. 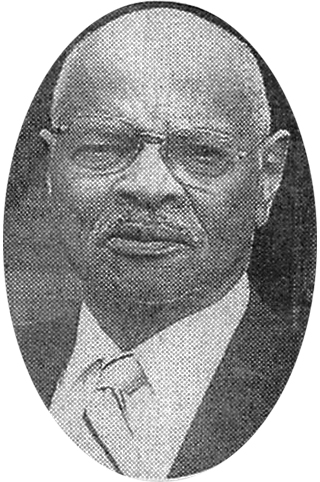