On June 29, 1992, more than 250 friends, coworkers, and family from throughout Alabama and the Southeast gathered in Decatur to pay tribute in words and gifts to Edward Jewell Coats, the man, and his career. Jewell, bat­tling an incurable disease, was not physically able to attend, remaining at home with his wife Sara. Messages of love and respect were delivered via a videotape of the event.

On July 24, Jewell lost his courageous battle, and Extension lost a dedicated servant whose career was marked by a quest for excellence in all he did.

Jewell, a native of Horse Cave, Kentucky, earned a B.S. degree in agriculture from Western Kentucky University in 1962, then came to Auburn, where he earned an M.S. degree in dairy nutrition in 1965. (In 1981, he would earn the Educa­tional Specialist degree from Mississippi State University.) He returned to Kentucky, as a member of the Kentucky Extension staff at Tompkinsville, Kentucky. He came back to Alabama in 1966 as an Extension farm agent in Baldwin County.

In 1976, he was promoted to District Agent – Agriculture and Natural Resources, working out of the Decatur office. In 1987, he was made Extension District Agent, leading program and administrative activities for 11 North Alabama counties. He represented Extension in many joint projects with TVA, SCS, and other agencies in North Alabama. He was acutely aware of the value of the AU agricultural experiment stations and encouraged interaction among station scientists, agents, and farmers.

“He was meticulous, organized, a stickler for detail, and he insisted on quality, people-oriented programs for agents who worked under him,” said one coworker. “He truly loved Auburn University and the Extension Service. If you wanted to get in trouble with Jewell, just do or say something that would reflect negatively on Auburn or Extension.” Jewell was also keenly aware of the role technology would play in Extension programs and management. He made himself an expert in computer technology, and taught and encouraged agents in his district in the use of computers.

As dedicated as he was to his work and his family, Jewell found time for hobbies. He was a competitor on the golf course, was an expert photographer, and enjoyed gardening and woodworking.

He was a member of the First Baptist Church of Decatur and belonged to a number of professional and honorary organizations, including the Alabama Association of County Agricultural Agents, Epsilon Sigma Phi, and Gamma Sigma Delta.

As a lasting tribute to this man and his life’s work, the name Edward Jewell Coats is inscribed on the dedicatory plaque of the Extension Memorial Chapel. 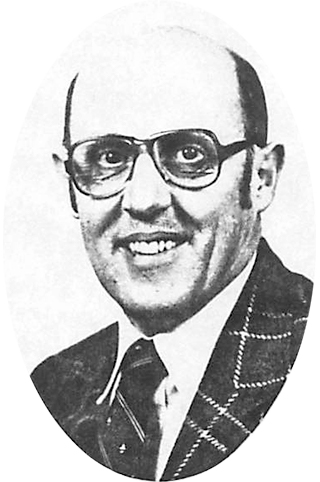