The story of Edward Lewis Lowder’s life and career reflects twentieth cen­tury Alabama at its best. Beginning as a schoolboy entrepreneur and becom­ing one of the South’s true captains of industry, Ed Lowder has exemplified the traits of deep personal integrity, hard work, efficiency, and a keen sense for the well-being of his fellow citizens, which have earned him an undis­puted place in the ranks of the first citizens of this state.

He was born on December 9, 1913, in rural Washington County. He finished high school at sixteen, and the young Ed Lowder had already developed an interest in the business world. Initially, he helped in the family’s logging business and then branched out to making and selling ice cream, slaughtering and sell­ing beef to neighbors on weekends, and spending summers picking peaches in North Carolina.

Entering Auburn at sixteen, Ed began a love affair with that institution that lasted a lifetime. In recognition of that loyalty and of his distinguished career, his Alma Mater conferred an honorary Doctor of Law Degree upon him in 1980, and three Edward Lewis Lowder Professorships have been established at Auburn University. His college days, while including a Bachelor’s degree in agricultural science and work upon a Master’s degree in soil chemistry, pre­pared him well for his future career.

Ed enrolled in Auburn’s ROTC program. However, upon graduation from college, he had not reached his twenty-first birthday, and, accordingly, had to wait until the December following June to receive his commission as a Second Lieutenant.

Following his graduate studies, Ed became Assistant County Agent in Lawrence County and, after two years, was appointed County Agent for Pickens County. For six years, he carried out his duties as County Agent, but in the spring of 1942, he entered the Army and served at Fort Bragg and Fort Sill before joining the conflict in Europe. Promoted to Captain and later Major, he served in all the major campaigns in the European theatre, including the landings in France and later in the Battle of the Bulge. His actions earned him the Bronze Star. In 1946, he resumed his duties as County Agent of Pickens County.

After a brief period, Ed resigned as County Agent, and he and his family moved to Montgomery, where he became the rep­resentative of the newly formed Alabama Farm Bureau Insurance Company. Until his retirement in 1980, he spent 30 years of directing the affairs of the state’s largest insurance company. From its initial investment of a borrowed $10,000, the company employed over 1,200 employees and grew to a surplus of more than $100,000,000. Among Ed’s civic interests were: Montgomery United Way President, member of the Eye Foundation Hospital in Birming­ham, The Diabetes Foundation, The Central Alabama Rehabilitation Center, Alabama Christian College, Huntingdon College, The University of Alabama College of Commerce and Business Administration, Auburn University’s School of Business, and member of the Alabama 4-H Foundation Board. Many other worthwhile community endeavors are on his list.

Extension and the citizens of Alabama have been richly blessed by this native son. Ed is survived by his wife, Cathe­rine Kennedy Lowder; three sons, Robert, James, and Thomas; and six grandchildren. 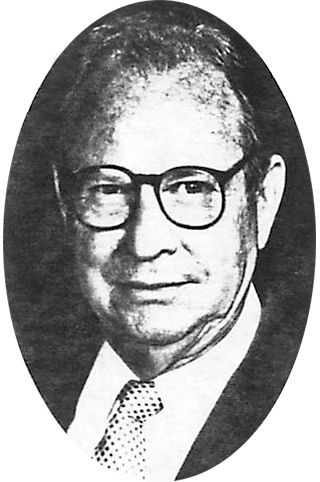