Edward (Ed) Graham was born in Forest Hills, Mississippi, on September 23, 1930. He was raised on a large farm that produced beef cattle, hay, corn, pecans, and ornamental plants. It was no surprise that agriculture was what he studied and how he made a living. After graduating from Lumberton High School in 1948 and beginning classes at Pearl River Junior College, Ed became a member of the Mississippi National Guard and was called to serve his country in the Korean Conflict. He was a Master Sergeant in the Anti-tank and Mine Platoon of the 7th Infantry Division. Upon returning to the States, he attended and graduated from Mississippi State University with B.S. and M.S. degrees in animal science.

Ed stayed on in Mississippi and worked with the Mississippi Agricultural Experiment Station and worked in dairy production and forages. Soon thereafter, he moved to Alabama and began work with the Alabama Cooperative Extension Service in 1960 as an Assistant County Agent in Jefferson County. His background in field research gave him an excellent foundation for working with dairy producers in Jefferson County. His emphasis was on quality forages for dairy cows. He had very precise and exacting methods for designing and placing replicated plots on dairy farms to measure forage production.

He continued his work with livestock producers and farmers as the County Extension Chairman in Pickens County from June 1966 until his retirement in 1991. His work there also included rural and economic development activities throughout the county.

Ed joined Carrollton United Methodist Church in 1966 and was a faithful member of the church, serving it in many ways. His family included two children (Vickie and Terry) from his first marriage to Marie Rayborn, and his current wife Eunice, and sons Kenneth, Michael, Thomas, and Jerry.

Ed had a strong passion for camping in the Great Smoky Mountains, usually making trips several times a year. He started with a small camping trailer, and as he was able to do so, it grew into a very nice recreational vehicle. His favorite relaxation spot in Jefferson County was on rock outcroppings along the mountain ridges in the Birminghan1 area.

To honor his contributions to the people of Alabama and his country, the name Edward N. Graham is inscribed on the dedicatory plaque of the Extension Memorial Chapel. 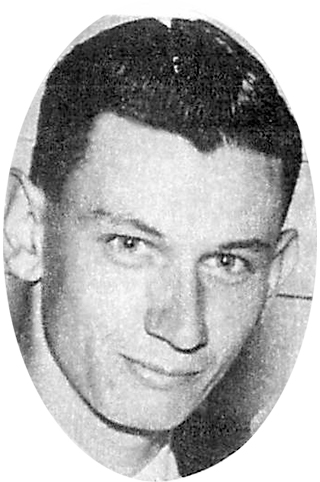