Eldora King Nevin was born October 19, 1923, daughter of Erbie B. and Edna King Nevin of the Moundville Community in Hale County. After graduating from Hale County High School in 1940, she attended Tuscaloosa Business College. It was through the college she was interviewed and hired as secretary to Beverly Holstun, who served as the County Agent-Coordinator for the Tuscaloosa County Extension Office throughout Mrs. Phillips’ entire career.

Eldora’s 28-year career with the Extension Service (1942-1970) spanned three decades of changes in farming and office technology. She handled it all like a pro. According to coworker French Sconyers, “She was a very, very efficient secretary — the best and most loyal Extension employee. You could always count on her to get her job done, and she was always willing to go beyond the call of duty. The farmers were very fond of Eldora and her ability, and they could go to the office and obtain the information they needed when agents were not available. Tuscaloosa County was very fortunate to have had her as secretary.”

In 1969, Eldora married Abner Phillips, a cotton, beef cattle, and timber farmer in the Ralph com­munity. She opted to retire from the Extension Service in 1970 to “be a farmer’s wife and homemaker.” She was an active member of the Wesley Chapel United Methodist Church in Ralph for over thirty years. She played a critical role in organizing the “Happy Seniors,” a group of senior citizens who met monthly for fellowship, food, and fun. She contributed her valuable time and financial support to the Fosters-Ralph Volunteer Fire Department since its inception in 1984. Throughout her retirement, she was very active until the sickness which eventually took her life. She is missed by all who knew her.

To honor her years of dedicated service to the people of Tuscaloosa County, the name of Eldora N. Phillips is inscribed on the dedicatory plaque of the Extension Memorial Chapel. 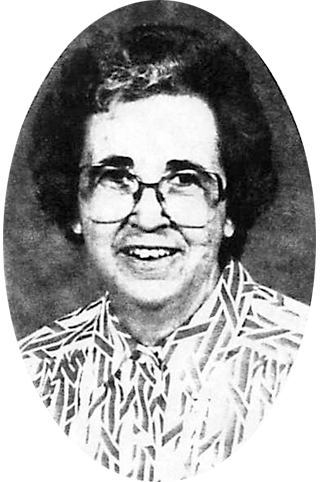