Miss Elizabeth Bryan was born December 25, 1915, in Brundidge, Alabama. She graduated from Pike County High School in 1933 and attended Troy State Teachers College and Auburn University, receiving her B.S. degree in 1938 from Auburn. She later received her M.S. degree in 1954 from the University of Tennessee.

Miss Bryan’s professional career started in the school system of Alex City, Alabama, where she taught home economics. In 1954, she moved to Ruston, Louisiana, and taught home management and home furnishings for Louisiana Tech. She was early on recognized for her home management skills and innovative ideas and was soon hired by Oklahoma A&M University in Stillwater, Oklahoma, to give instruction in home management. She was a member of the National Home Economics Association and the Oklahoma Association, and later the Alabama Association.

When a position opened up in the Alabama Cooperative Extension Service, she took it so she could be closer to home. She started as a Home Agent in Elmore County in 1939. In 1947, she transferred to Russell County, and then, in 1952, she transferred to Lowndes County. She was making a name for herself in Alabama by this time and was soon asked to come to Auburn as the state Extension Home Economist in Home Management.

In each county where Miss Bryan was assigned, she worked closely with the Homemakers Clubs. There were usually several in each county, in all the different communities. She would hold leadership schools in which she would show them how to do all the different skills necessary for homemaking. This was a time of many changes, and she would show the most updated methods or equipment. She shared anything she could to help make life and home-making easier and more efficient. She is remembered as a very kind and very smart lady, but mostly by how helpful she was.

She became the State Specialist for Home Management in 1957. She wrote several publications, like “Making a Will,” “Your Checking Account,” and “What is a Savings Account.” Some have been updated and offered today. She made an impact on the housewives for three decades, and it is an honor to place the name of Elizabeth L. Bryan on the dedicatory plaque of the Extension Memorial Chapel. 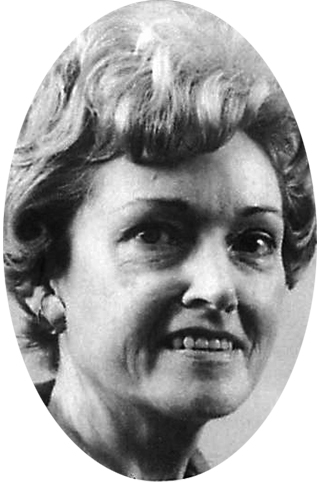