Elmer Dowdell, Jr., enjoyed serving the citizens in Lee, Macon, and Coosa counties in many ways — as a citizen, a county agent, a church member, and as a county commissioner. Sharing his gifts and talents in whatever he did, he prided himself in doing it fairly and earnestly. He will be truly missed by those who knew him.

Dowdell was born in Lee County on October 24, 1927, to Elmer and Mattie Echols Dowdell. He graduated from Alcorn College in Mississippi in 1954, earning a Bachelor of Science degree, and graduated from Tuskegee Institute in 1957 with a Masters Degree in agricultural economics. He later continued his studies at Cornell University, the University of Wisconsin, and Gadsden State College. He served in the U.S. Army from June 1954 to May 1956, and after twenty years in the U.S. Army Reserves, he took a military retirement in 1986.

Elmer Dowdell was hired as a county Extension agent in Coosa county upon the strong recommendation of Dr. G. T. Dowdy of the School of Agriculture at Tuskegee Institute. His exact words were “He is an unusual student in that he does not hesitate if a problem requires actual manual work in order to accomplish the desired objective. He is honest, loyal, and has unquestionable respect for his superiors.”

Mr. Dowdell lived up to the kind words of Dr. Dowdy. His coworkers remember him as an extremely intelligent Extension agent who was devoted to his work and his family. He was a critical thinker, a team player who enjoyed a challenge. They say he accepted responsibility with pride and was well respected. He had a great personality and one of his best attributes was his loyalty to friends and coworkers. He was sensitive to the problems of fellow workers. His best work was done in the area of agriculture and natural resources, and the young agents coming into the extension field looked upon him as a great mentor.

He worked as a county agent in Coosa county for 25 years and as county agent coordinator in Macon county for 13 years. After retirement in January 1989, he remained active in the church and the community, serving as a county commissioner in Coosa County from 1994 to 1998.

Among his honors and awards were the Outstanding 4-H Agent Award, Who’s Who in the South, and an Outstanding Leader in America award. He was a member of the Alabama Cooperative Extension Service Employees Organization, Epsilon Sigma Phi, as well as the Alabama chapter and the national chapter of County Agricultural Agents Associations.

For his years of hard work and diligence, it is a fitting tribute to place the name of Elmer Dowdell, Jr., on the dedicatory plaque of the Extension Memorial Chapel. 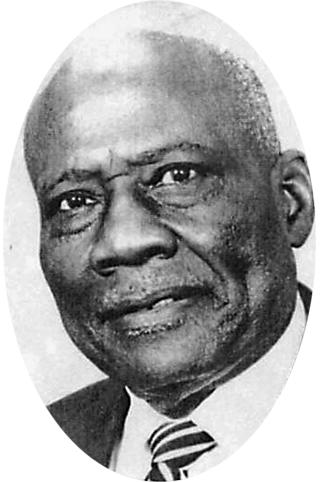