Here was the thing about Oscar Strickland. He was a regular guy who would put his arms around your shoulders and say come on in and visit awhile — just exactly what it took to be successful within the Alabama Cooperative Extension System. Of course, it also took intelligence, drive, and a passion for people. Oscar had that, too. So those who knew him to have no trouble in giving him a 10 out of 10 on his performance appraisal, in life and career.

In life, he knew friendship and the value of friends and worked to keep their trust and support. In life and career, he cultivated relationships, a skill he said many times he learned from his boss, J. C. Bullington. He never lost his sense of humor, one reason people just liked to be around him. The other was his never-waning optimism. He handled personal tragedy, including his own, with grace, dignity, and resolve.

He was a natural leader. People willingly followed the path he laid out, in their career or in life. Many of his innovative approaches became a working strategy within the organization. In life, Oscar’s leadership became evident in the First Baptist Church of Dadeville, where he was an active member.

A native of Russellville and a 1956 graduate of Auburn University, he began his professional career as a vocational agriculture teacher that same year at Dadeville.

Five years later he joined Extension as assistant county agent in Marshall County in charge of 4-H work. He moved to Auburn as a member of the district staff, a program specialist supporting 23 southeast Alabama counties. During that time he developed and pilot tested the first Extension agent performance appraisal system in the state.

After a year off to complete his Ed.D. degree at Louisiana State University (1971-72), he returned to Auburn as assistant to the director. During the major reorganization within ACES in 1976, Dr. Strickland was named Head of Program Development and served in that role for 10 years.

In 1986, he was assigned to coordinate and direct a fledgling pilot program to develop leadership skills in the Alabama forestry and agricultural industries, called the LEADERS program. He also became the International Programs Coordinator. Oscar retired from the Extension System in 1995 with over 34 years of service to Alabama within the Extension program.

Dr. Strickland died on September 8, 2007. Survivors include his son David, David’s wife Lynette, daughter Cathy, her husband Russell, and 8 grandchildren. As a lasting tribute to this Extension leader, we are honored to inscribe the name Elmer Oscar Strickland on the dedicatory plaque of the Extension Memorial Chapel. 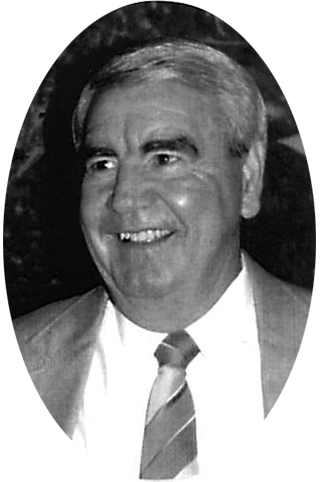