For 24 years, Mrs. Elnora Richardson Gandy served as Home Demonstration Agent for Russell County. During that time, she gained the respect and admiration of clientele as well as co­workers.

A native of Paulette, Mississippi, Elnora was born on March 17, 1910. She attended Tuskegee Institute and earned her B.S. degree in 1938. Her first occupation was as a Home Economics teacher in Crawfordville, Georgia. After one year of teaching, Mrs. Gandy was appointed Assis­tant Home Management Supervisor with the Farmers’ Home Administration, also in Georgia. She held this position from 1940 to 1947, when she became a County Home Demonstration Agent for the Georgia Cooperative Extension Service.

In 1952, Mrs. Gandy joined Alabama Extension as Home Demonstration Agent in Russell County. She had long since learned to love the people of the land and knew well how to serve them. With her winning ways, many farm families increased productivity and raised their standard of living by adopting up-to-date methods and equipment.

In memory of her devotion to helping others, the name Elnora R. Gandy is inscribed on the dedi­catory plaque of the Extension Memorial Chapel. 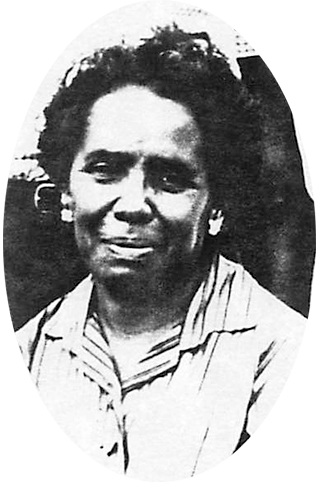