She taught in Alabama high schools, 1926-1938, was director of the Nurses School at Winthrop College, Rock Hill, South Carolina, 1936-1938, and served briefly as County Agent in Dallas and Escambia Counties. She was prominent in state and national committees pertaining to children and youth. Miss Majors had the admiration and respect of people in all corners of this country and throughout Alabama.

Alabama Extension agents appreciated her hard work, outstanding family life program materials, the wealth of publications she authored, and the loan library she cataloged for the loan to agents and other state organizations. They expressed their appreciation to Ella Majors Boyd by awarding her the Hall of Fame Award sponsored by the National Extension Agents for Family and Consumer Sciences, Alabama Affiliate.

After retirement, Frank and Elta Boyd traveled and enjoyed Auburn football and family reunions at their Auburn home. Following Frank’s death in December 1974, Elta accepted the challenge to honor his life through two scholarship programs, one at Auburn University and the other at the Reformed Theological Seminary in Jackson, Mississippi. Over the next 23 years, Mrs. Boyd called on friends in the Auburn area to help her raise funds. The endowment eventually grew to over $100,000. With a great deal of help from her creative friends and her own creative mind, she used her expertise as a family life specialist to make and sell baby dolls, baby blankets, pillows, tree frogs (her most popular item), and other items, with all proceeds going to the Seminary Fund. This was her labor of love and a way to enable students to help spread the love of her Lord to the world.

In remembrance of her legacy and the tremendous number of lives she touched, Epsilon Sigma Phi is honored to inscribe the name of Elta Majors Boyd on the dedicatory plaque of the Extension Memorial Chapel. 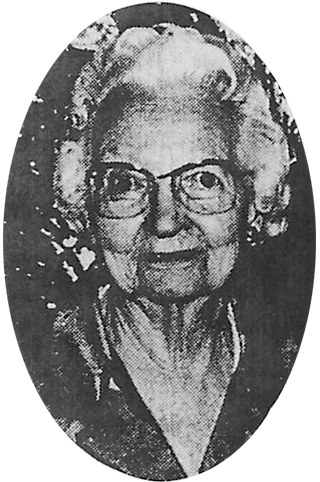