Emmett C. Farrington* began work as a 4-H agent in Cleburne County in 1946 with 12 elementary schools and two high schools in Cleburne County. When he retired in 1977, he had worked with more than 5,000 4-H members, assisted with 4-H camps, and organized numerous 4-H rallies and other activities.

Farrington helped train several Extension 4-H agents including Marjorie Day and Judy Brown. At Emmett Farrington Day in Cleburne County this past July, Brown recalled when he sent her to meet her first 4-H club. Never having been a 4-H member, Brown expected only to observe the 4-H club, but instead was asked to lead the 4-H pledge.

Because he was so loved by all, Heflin Mayor Anna Berry presented Farrington with the key to the city during the Alabama 4-H Centennial celebration. Probate Judge Ryan Robertson presented a proclamation from the Cleburne County Commission naming July 29, 2009, as Emmett Farrington Day. 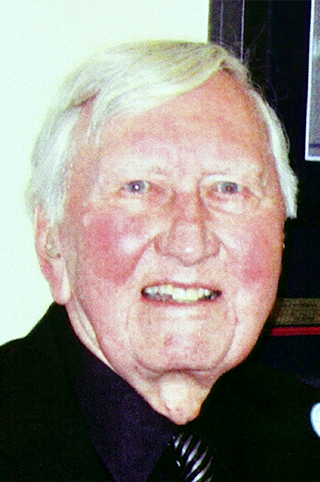