Emmett Sizemore, affectionately called “Unk” by those who knew him, began his service in Extension in 1918 as County Agent for Blount County. Upon completion of his B.S. degree from Auburn in 1921, Mr. Sizemore became Chief Clerk of Ala­bama Extension. Through the years, he held the positions of Agricultural Economist, District Agent, and Supervisor. He retired in February of 1951, having served his native state for thirty-three years.

Throughout his entire career, Emmett Sizemore was faithful to the Extension mission. His great energy was channeled toward helping others. To that end, he devoted his life’s work.

Mr. Sizemore was keenly aware of farm problems and the needs of farm families. His genuine desire was to be of service to his constituents. Emmett Sizemore believed profoundly that the “role of Extension is essential to farm progress.”

Mr. Sizemore’s co-workers had high respect for him. He was a firm believer in work and set an example for his agents. The required weekly reports mailed to his office often resulted in a response from him within a short period of time, indicating he read many reports from his agents during the weekend and at night. He could be found in his office late evenings.

As an Extension District Agent, he wanted his county agents to excel both professionally and per­sonally. He believed an Extension worker should adhere to a dress code and always dress neatly and appropriately. He would at times suggest a hat be worn. In some respects, he could have been conceived as being a firm disciplinarian. Actually, he was vitally interested in his agents improv­ing themselves and would go out of his way to help them in any way he could.

For his steadfast devotion and loyal service, the name Emmett “Unk” Sizemore is inscribed on the dedicatory plaque of the Extension Memorial Chapel. 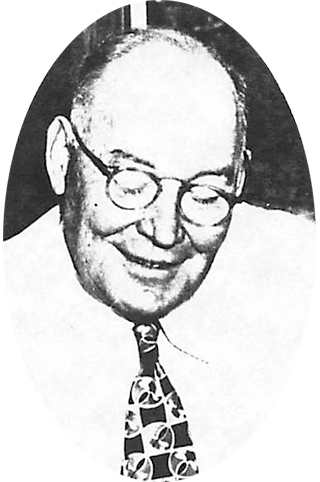