Ernest Everett Hale was born June 15, 1898, on the family farm at Perdue Hill in Monroe County. After graduation from Monroe County High School, he taught school for a year to obtain funds to enter Auburn University. In 1925, he graduated with a degree in agriculture after only three years. He had maintained an excellent grade record and was elected to four honor societies, including Phi Kappa Phi.

Upon graduation, he was appointed County Agent in Marengo County, where he stayed for five years. He had earlier served as assistant county agent in Pickens and Randolph counties, one month in each, assisting in conducting boys’ club camps. It was in Marengo County that he met and married Kathleen Bradley, a native of Greenville, Texas. They had two sons, Everett and Bra­dley.

E. E. Hale (or “Judge” Hale as he was known to many) transferred to Baldwin County in 1930. He had an outstanding career in educating farmers to more advanced methods of farming and to more diversified crops. He pioneered the use of community organizations to reach people more frequently.

This experience of working with organized groups of farmers stood Hale in good stead when he became the first Director of Organization for the Alabama Farm Bureau Federation in 1944. He was instrumental in founding the Alabama Farm Bureau Casualty Company, now known as Alfa. In 1949, he was asked to help organize and be the first full-time executive of the Alabama Forest Products Association. This he did quite successfully until 1964 when he retired to Marengo County, where he raised cattle and soybeans.

Mr. Hale died on December 10, 1984. A forestry scholarship fund was established at Auburn Uni­versity through the Alabama Forestry Association’s Foundation. As a lasting tribute to this man and his life’s work, the name of Ernest Everett Hale is inscribed on the dedicatory plaque of the Extension Memorial Chapel. 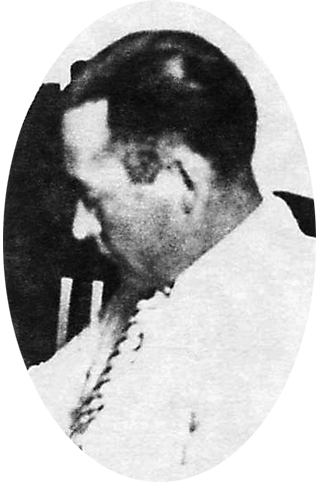