Few people have lived the fulfilled life that Ernest L. Stewart knew for his seventy-seven years. His was a life of unselfish devotion to his family, his vocation, his church, and his community. Ernest Stewart, one of nine children of Will and Minnie Stewart, was a native of Randolph County near Wadley, but he spent most of his working life in Chambers County.

E.L. Stewart graduated from Wadley High School and in 1931 received his B.S. degree in Ag Ed from Auburn Uni­versity. He earned his M.S. degree from Auburn in 1938. From 1931 to 1933, Mr. Stewart taught agriculture and math and coached at Ridge Grove High School in Chambers County. For the next eleven years, he taught Vocational Agriculture at Chambers County High School. As vocational agriculture teacher, he started electrical work with stu­dents and taught them to wire small buildings, and a number of them wired their own homes. His students used the lab area as a nursery and grew enough shrubs to landscape their own homes, many of which had never had shrubbery. Mr. Stewart also coached many public speaking district winners. He helped them learn to stand, speak, and think while on their feet in front of an audience.

E.L. Stewart joined Cooperative Extension Service on July 1, 1944, as assistant county agent in Macon County, doing primarily 4-H club work. He served in this capacity until June 30, 1946, at which time he went to Chambers County. He was promoted to county agent for Chambers County on October 1, 1947, and later served in the position of County Extension Chairman until March of 1967. He worked there until his retirement in 1973.

Highlights of Agent Stewart’s Extension service in Chambers County were: Formation of the 100-bushel corn pro­gram in 1950; promotion of excellent relations between urban and rural people; organization of farm tours; demon­strating forestry planning and selective cutting to hundreds of program participants; developing excellent community improvement activities which won first place in District for several years; creation of the Chambers County Dairy Association and Beef Cattlemen’s Association. Other interesting and outstanding programs promoted by Mr. Stewart were 4-H club rallies, 4-H camps, the Artificial Breeders Association program, and commercial apple production. Ernest and his wife, the former Lucille Smith of Abanda, Alabama, moved to Talladega in 1974 to be nearer their five grand­children. While there they were active members of the First Baptist Church. He also served as President of the Retired Teachers, was on the Nutrition Board, was a Rotary Club member, and was active in other civic affairs.

Ernest died unexpectedly at his home on December 26, 1983, after a typical day of helping neighbors and family. His children Lynda Anderson of Roswell, Georgia, Randall Stewart of Talladega, and Carolyn Hill of Alpine offer a last­ing tribute by having his name inscribed on the dedicatory plaque of the Extension Memorial Chapel. Ernest’s life work exemplified the ideals that have given us an outstanding legacy. 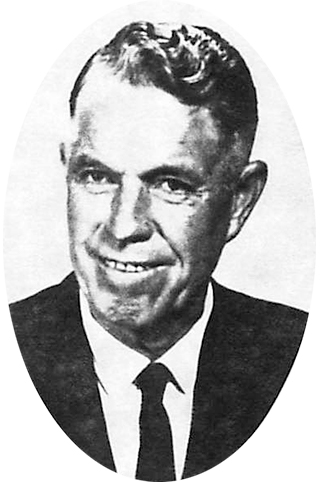