Ernest Rudolph Carlson was born in Ronneby, Sweden, on March 12, 1873. When he reached the age of 20, he got permis­sion from the Swedish (King) Government to immigrate to the United States of America.

Mr. Carlson could speak no English when he arrived in the U.S. He was determined to learn the language of his adoptive country and began teaching himself. Success at each venture was just starting. He soon entered Brown Business College and graduated in 1897.

While in college, Mr. Carlson met John Westurland, an agent for the Alabama Fruit Growers and Winery Association who told him about the Fruithurst Colony of Alabama. Upon a visit to this wine-producing area, Mr. Carlson decided to invest in the local winery company. His successful efforts within the company convinced him to remain in Fruithurst the rest of his life — even serv­ing as Mayor of the City of Fruithurst.

Ernest R. Carlson held many other positions of leadership in Alabama. He was Superintendent of Education in Cleburne County and Collaborator (CA) of the Bureau of Plant Industry during the years he served as Extension County Agent for Cleburne.

Beginning his Extension career in 1913, Ernest Carlson was one of Alabama’s first County Agents. The job suited his goals and aspirations so well that he spent thirty years helping the peo­ple of Cleburne County. His conviction that work is a noble activity is reflected in the fact that he only retired when he reached the mandatory age of 70 years.

In tribute to the man and his work, the name Ernest Rudolph Carlson is inscribed on the dedica­tory plaque of the Extension Memorial Chapel. 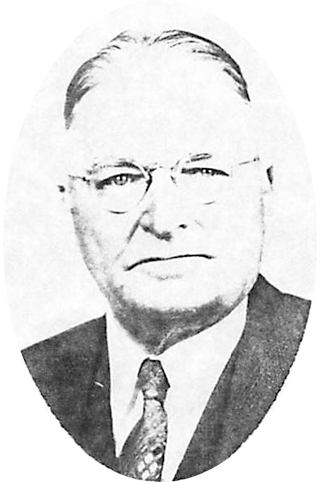