Etta Ward Ray was a devoted Extension employee with the state staff at Auburn for many years. Her personal dedica­tion and pleasant personality will be remembered for many years to come.

Mrs. Ray was born on November 12, 1912, in Macon County, Alabama. She received her diploma from Macon County High School in Notasulga in 1931 and attended Livingston State Teachers College for one year.

She began her career in Extension in 1952 as a mimeograph operator in the Extension Ser­vice bulletin room in Auburn. She was an Extension secretary from 1955 to 1965 before being appointed mail clerk. She remained in that position until her retirement in 1976.

Mrs. Ray was known for her sense of humor, love of crafts, and love for her family. Her work in Extension put both of her children, Jimmy and Jerusha, through school at Auburn.

Mrs. Ray died on January 29, 1989, after a long illness. She is sadly missed by family and friends. As a lasting tribute to this woman and her life’s work, the name of Etta Ward Ray is inscribed on the dedicatory plaque of the Extension Memorial Chapel. 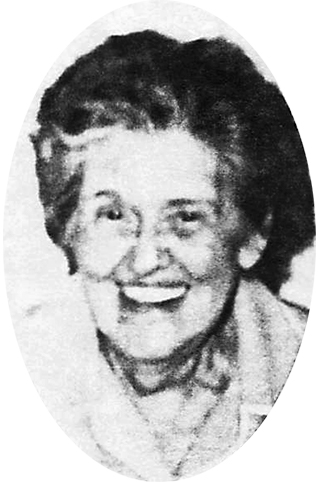