On February 2, 1977, a gentleman who had added much distinc­tion to Alabama agriculture passed away in the town of East­aboga, Alabama. Many knew but few understood the importance of E. S. Pace to the beginning of formalized exten­sion work in Alabama and northwest Florida.

The files of E. S. Pace read most impressively. At age twenty-two, having graduated from the Alabama Polytechnic Institute with a degree in agriculture, he was hired to be temporary Collabo­rator for the Bureau of Soils and, in 1913, began the job of Agent in connection with the Farmers’ Cooperative Demonstration Work. To quote from a recommendation made to the Secretary of Agriculture, U.S.D.A., when he was appointed to Marengo and Sumter counties, “He is a practi­cal, progressive farmer whose ability and personality make him a leader in that community, well qualified to demonstrate the advantages of scientific methods of agriculture among his neighbors.”

In 1914, he was District Agent for Northern and Western Florida, working under the auspices of the University of Florida. Three years later he returned to Alabama as Agent in Etowah County and immediately became Emergency District Agent in North Central Alabama. But for a brief military career in 1918, he remained as District Agent for northeastern Alabama until 1919.

It was then that he became a full-time farmer in Eastaboga in Calhoun County, later opening a flourishing mercantile business. Never forsaking his dedication to and education in agriculture, Mr. Pace often performed voluntary work for the Agricultural Adjustment Administration as ‘Col­laborator with representatives of the Division of Cotton at various meetings held in Washington, D.C.

He lived his last sixty years in Eastaboga as a successful farmer, dairyman, businessman, church steward, and most important of all, family man. It is to his memory that friends and family honor Eugene Stewart Pace, and with pride, we place his name on the dedicatory plaque of the Extension Memorial Chapel. 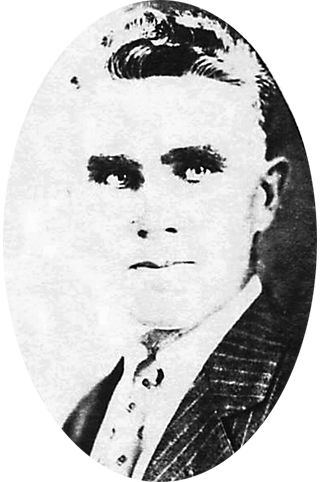