Eugenia R. Small impacted the lives of thousands of county citizens and left a wonderful legacy to her students, homemakers, grandchildren, nieces, and nephews. She taught many valuable lessons about life, such as getting along with others, striving to do one’s best, using good manners all the time, and loving one’s neighbors and country.

Born in Graceville, Florida on January 29, 1911, her parents were Alma Eugene and Blanch McNeal Richards. Soon after she was born, the family moved back to Hartford, Alabama, where she attended school and graduated from Geneva County High School in 1928. She helped her parents raise her two brothers, Manley and Jimmy, as her mother was in poor health.

Eugenia taught school from the time she was nineteen until 1937. She taught school during the year and attended Auburn University during the summers to obtain her degree, where she earned a B.S. Degree in home economics in 1937. She received her first assignment in 1937 as Assistant Home Agent with Alabama Cooperative Extension Service in Hamilton. Four years later, in 1941, Eugenia transferred to Baldwin County as a home agent.

In 1943, Eugenia married Clyde O. Weekly and became a homemaker in Perdido, Alabama, until his death in 1956. At that time, she became a career woman again. She taught school until a home demonstration agent’s position became open. In 1961, she married Ernest G. Small, a former County Agent. She continued her position in Baldwin County after their marriage.

Eugenia served the families in Baldwin County admirably. Over the years, she emphasized nutrition, exercise, sewing, and other areas of home economics to make the farm home a more bountiful and happier place to live. She helped pilot the Expanded Food and Nutrition Program, where she employed 10 Program Assistants to teach and meet the needs of young homemakers with children. She often remarked, “I love watching them grow and reach out.”

Eugenia retired on September 30, 1979, with over 27 years of service. After retirement, she remained active attending the National Association of Home Economists annual meetings and serving as a judge for county fairs, and serving as a volunteer leader for other community projects. She also traveled and spent time with family and friends.

Eugenia died on February 26, 1998. She was preceded in death by her husband Ernest G. Small. She is survived by one brother, James H. Richards of Beaumont, Texas; three nieces; four nephews, and thirteen step-grandchildren.

With pride, we pay tribute to this wonderful lady and her work. The name Eugenia R. Small is inscribed on the dedicatory plaque of the Extension Memorial Chapel. 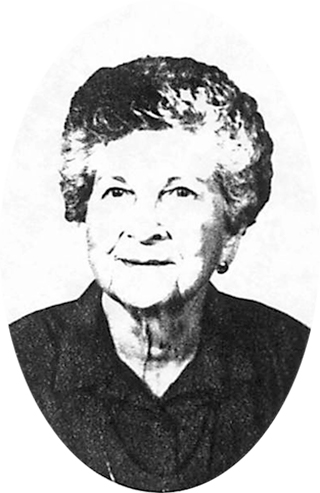