One of Eunice’s former supervisors, B.B. Williamson, Jr., said of her, “Her only concern was to do the job well and on time — regardless of the hours it took.”

“She was a people person — very pleasant and helpful in all rel­ationships.”

Eunice, a native of Coatopa community in Sumter County, exemplified the spirit of Extension work as she went about her duties as a secretary in various Extension offices for more than a decade. In each case, she became an integral part of the Extension team, devoting whatever time and effort it took to get the job done.

In 1964 and 1965, she was secretary to the District Program Specialist of District ID, serving 17 Southwest Alabama counties.

She died in July 1990, leaving a daughter, Mrs. Susan Smith of Jackson, Tennessee.

In tribute to her life and her work in Extension, the name of Eunice C. Mundy is inscribed on the dedicatory plaque of the Extension Memorial Chapel. 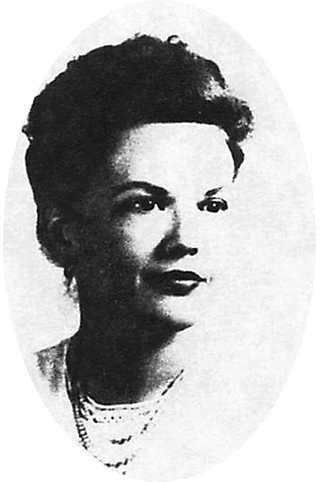